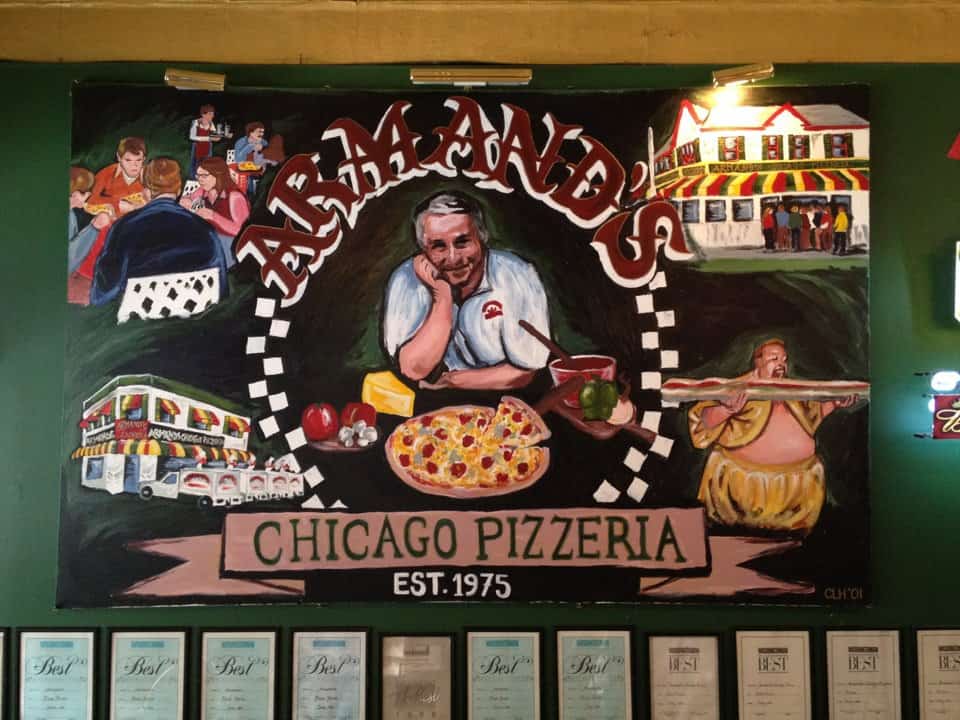 Armand’s Chicago Pizzeria in Montgomery Hills has closed, according to a post on the company Facebook page.

“The Newmyer family would like to THANK YOU for your support at this location for the last 29 years,” the post reads in part.

The post refers customers to the Rockville location (a franchisee) on Halpine Road, and said catering is still available by calling Ron Newmyer at 202.439.8015.

The company was founded in 1975 by Ron’s father Lew, pioneering Chicago deep-dish pizza in the Washington area, and had 14 locations at its peak.

In an April review, Tim Carman, the Washington Post’s $20 Diner, recalled his first visit to Armand’s in 2001:

“Armand’s struck me as a time capsule, an interactive Smithsonian exhibition of the Period before Neapolitan Pies. Before every pizzeria had a wood-burning oven and a stack of seasoned wood in the kitchen. Before cooks called themselves pizzaiolos and invested in five-day courses on how to bake authentic pies from Naples. At that point in my life—it was post-9/11, and the whole city seemed perpetually on high alert—I found Armand’s a total comfort,” he wrote.

But now, a local favorite has met its end.