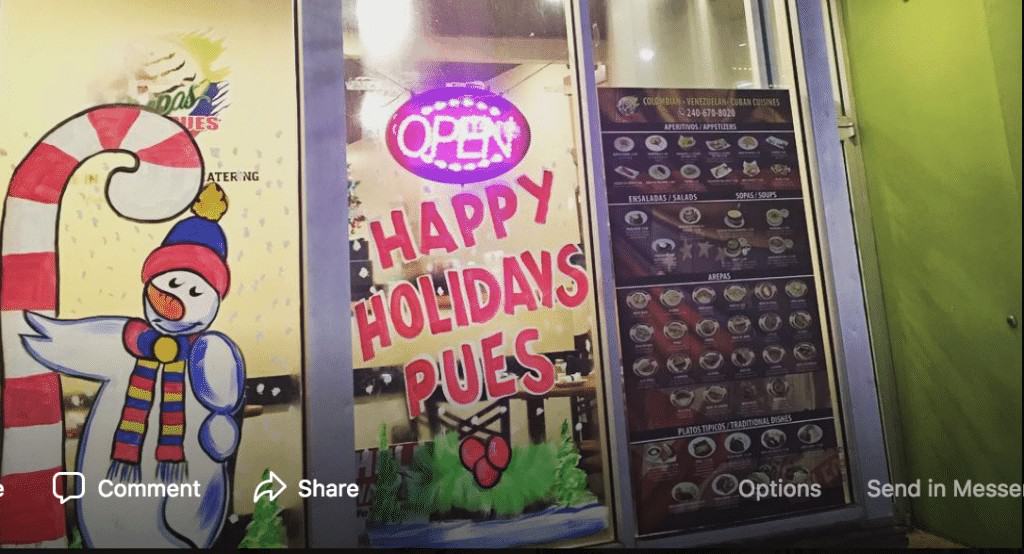 Arepas Pues, the Latin American restaurant at 8555 Fenton St. in Silver Spring, is closing for remodeling, according to the restaurant’s Facebook page.

“We’ve decided to continue offering quality food but at a faster pace, we’ll no longer be a full service restaurant, but a hybrid,” the announcement reads.

The restaurant specializes in both Colombian and Venezuelan versions of arepas, the griddled, stuffed corncakes popular in both countries, along with soups.