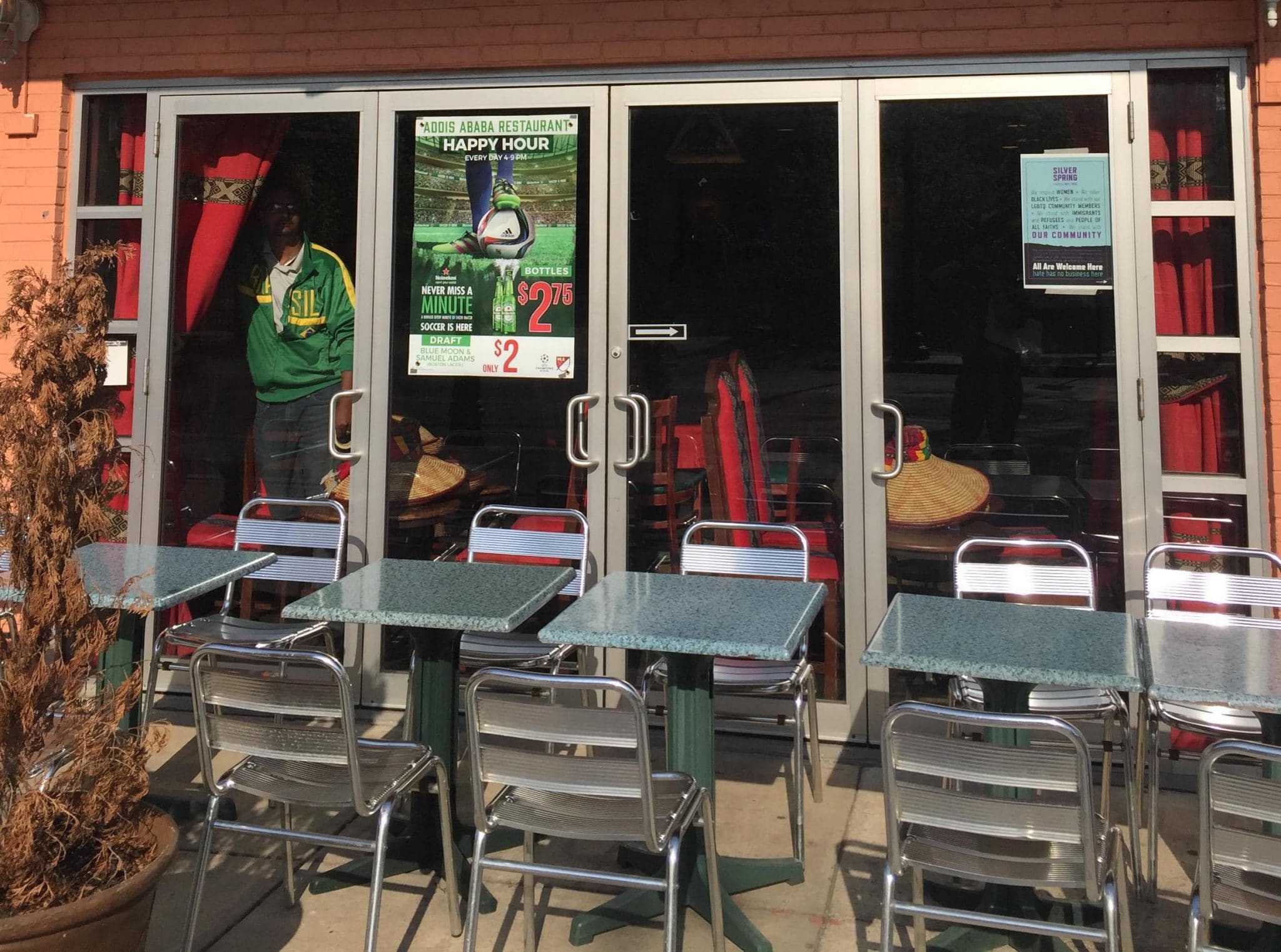 One of the businesses displaying the posters is Addis Ababa on Fenton Street. Photo courtesy DC Denizens.

A new local activist group is distributing “posters for inclusivity” to local businesses to share the message that hate is not welcome in this community—all people are.

“The Women’s March broader organization put forth 10 actions that they were encouraging people to take within the first 100 days of the new administration,” Messina said, “and one of their early actions was to have a ‘huddle.’”

The idea was to get people together locally to come up with ways to be more politically involved and engaged in the process. Messina and some friends decided to host a huddle at Denizens Brewing Co.

“Most of [the huddles] were taking place at people’s houses. We wanted to do it at a more public location so if anybody didn’t feel comfortable showing up to people’s houses, they could come there,” she said.

The meeting attracted people from around the metro area to Denizens, which gave rise to the group’s name.

“We basically get together [monthly] to discuss local, state and federal level politics,” Messina said, adding that members also try to come up with collective actions they can take, including engaging more people. The poster plan is one such action.

“One of the members was in Takoma Park and noticed that they had the posters that had the [anti-hate] language from the Main Street Alliance on them,” Messina said. Those posters are the work of Takoma Park Mobilization.

A designer who worked with that group modified the look for the Silver Spring poster, and a member’s relative printed them at no charge.

“We’re trying to create a culture within the place where we live in that we’re proud of, and that we respect the diversity of everybody around us,” Messina said. “[The posters] could be a small way that we can further that message that everybody is welcome here, and they can feel comfortable living, shopping and working here.”

DC Denizens targets locally based small businesses for the posters since the larger corporate businesses have strict rules on what can be displayed in their windows.

Other actions the group’s members have taken included attending a Silver Spring town hall meeting and participating in other marches that have been held in the District since the Women’s March.

As a group, they’ve met each month since February. Sen. Will Smith (D-District 20) attended the May meeting to review the legislative session, bills he was working on and what he thought Gov. Larry Hogan might do in the future.

DC Denizens next meeting will be June 21 from 6:30-8:30 p.m. The group will meet at Bump ’n Grind (1200 East-West Highway) for the first time. The guest will be Councilmember Tom Hucker (D-District 5) who will discuss county issues and politics.

About 15 people typically come to the meetings, Messina said, so it’s a chance to talk with guests in a more intimate format.

Those would like to get involved can join DC Denizens’ Facebook page. Another way is to send an email to [email protected] to join their Google+ group, or to get more information.