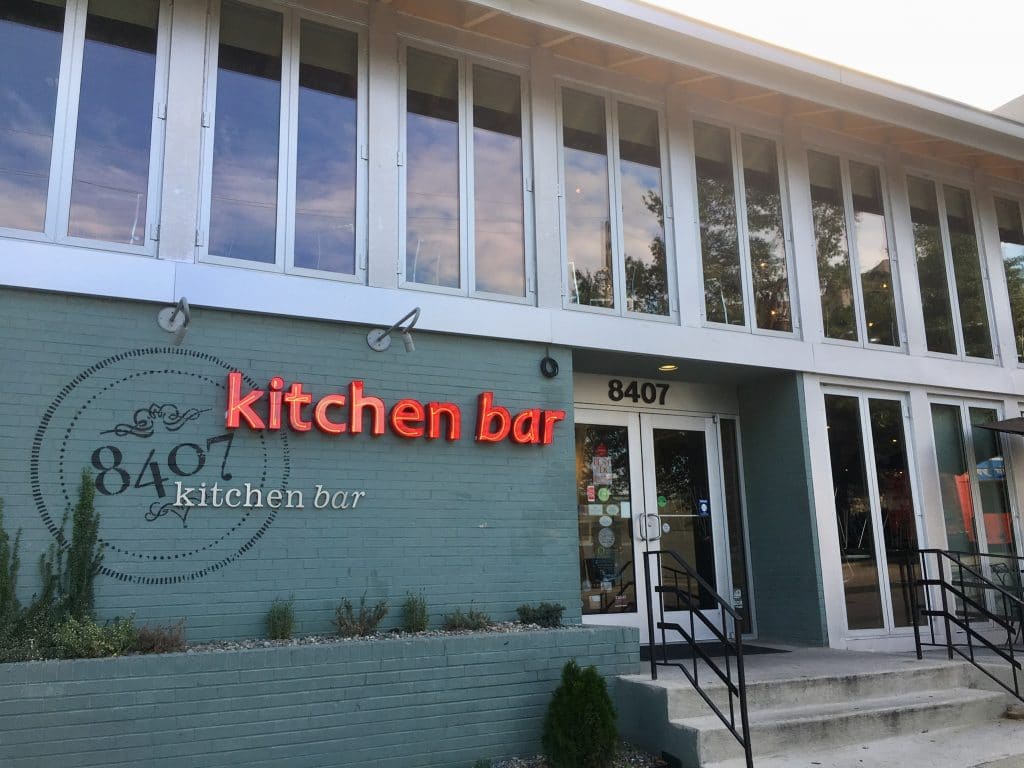 The chef and many of the restaurant’s bartenders and staff will decamp to Mrs. K’s, according to Theo Margas, owner of both establishments.

Margas spoke to the Source earlier this week, citing his desire to keep as many good people as he could, and to revamp Mrs. K’s wine bar offerings at the same time.

A sign spotted at the 8407 bar says, “Same Chef, Same Menu at Mrs. K’s,” adding a note that there will be piano entertainment there on Friday nights.

There is no word on what will happen to the 8407 space.