M-NCPPC Votes to “Not Concur” with Managed Lanes Alternatives 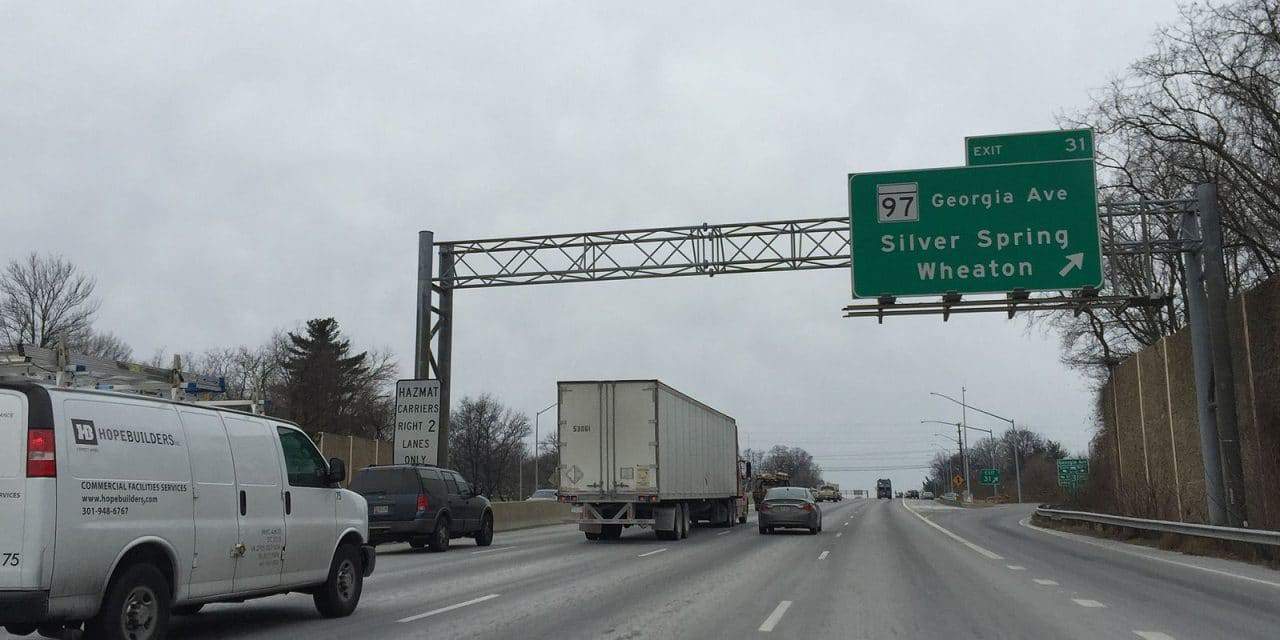 The bi-county Maryland-National Capital Park and Planning Commission voted last week to “not concur” with the alternatives proposed for study in an attempt to relieve traffic congestion on I-495 and I-270.

The 9-1 vote was taken as part of the public comment process required to complete and environmental impact statement for the Maryland Department of Transportation State Highway Administration’s Managed Lanes Study for the two highways.

“This isn’t about conveying [parkland],” said Carol Rubin, Montgomery County project coordinator for the M-NCPPC. “Let’s clear that up.”

The M-NCPPC is designated as a “cooperating agency” in the process required by the National Environmental Policy Act.

“Because we own so much of the land [and] the impact to commission land is going to be so significant, from an environmental standpoint of this project, they’re seeking our kind of advice,” Rubin said “We’ve identified what we believe, as an agency, is necessary in order to reach the conclusion on the environmental impact statement that we can live with.”

The process began with a notice of intent from the Federal Highway Administration in March 2018 to prepare an EIS for the Managed Lanes Study. The deadline for public comment in Wednesday, June 12.

In addition to public workshops, the commission has been holding regular meetings with other cooperating agencies participating in the process.

The decision was made during a June 6 teleconference.

“M-NCPPC asserts that MDOT SHA’s recommended [alternatives retained for detailed study] narrows the scope of the study so much that reliable conclusions for a complete environmental review cannot not be achieved,” according to a press release.

“Our position, in a nutshell, is we don’t think it’s complete,” Rubin said. “We think there are pieces of, or alternatives, or elements in those alternatives, particularly transit and the way that it’s staged and segmented from the project, that we believe need to be included in the study, because we think that without those things, the ultimate environmental impact statement, or the impacts to the environment, will not be clear.”

Those alternatives include a study of transit options, eliminated in the early stages of the Managed Lanes Study, and consideration of the western corridor from Frederick over the American Legion Bridge.

According to Rubin, some of these additional options could reduce or avoid some of the effects on I-495, which is the most critical and constrained area of the county.

Under NEPA, she said, agencies must first avoid environmental impacts. If the impacts can’t be avoided, then they must be minimized, with the third requirement being mitigation of those effects.

“How do you avoid potential impacts to the environment by either diverting traffic or reducing traffic so that perhaps you may not need to expand 495 in a way that they’re suggesting?” she continued. “But there’s no way to really understand that unless you look at the planning of the project, not just the design of the roadway.”

In the meantime, she said, it’s too soon to look at the effects on M-NCPPC parkland.

“We don’t really know what the impact is yet, and that’s part of the problem,” Rubin said. “What the end result would be depends on where they end up. We’ll look at that the time is right.

“We’re not there yet, because we’re still trying to influence the State Highway Administration to avoid as much impact as possible and through planning a better project as opposed to just developing a roadway, stand-alone highway project,” she added.

In the meantime, the stateBoard of Public Works (Gov. Larry Hogan, Comptroller Peter Franchot and Treasurer Nancy Kopp) voted 2-1 on June 5 to proceed with soliciting bids for a public-private partnership (P3) to build the project, which currently is expected to include toll lanes, highway widening and other construction at a cost of an estimated $11 billion.

The BPW did modify the plan with amendments to include I-270 up to Frederick in the study, as well as study a monorail from Frederick along I-270 recently proposed by a private developer, among other small changes.

Rubin pointed out that the M-NCPPC vote was unrelated to the BPW action, which is part of the state’s procurement, not planning, process.

Selected reactions to the BPW decision: