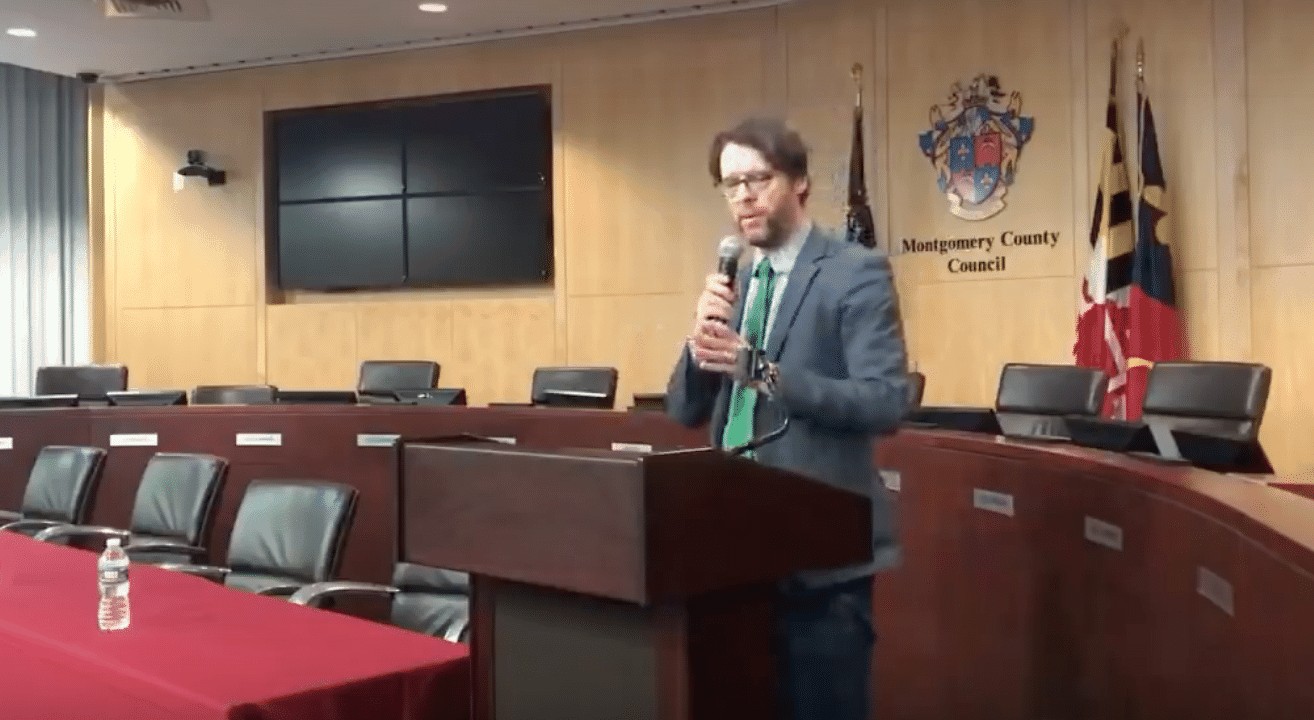 Property owners in the county would have greater flexibility to add accessory dwelling units under a proposal introduced last week by Councilmember Hans Riemer (D-At Large).

An ADU is a separate dwelling unit that is on the same lot as a single dwelling unit with its own entrance, full kitchen, and bathroom. The ADU tenant does not have access to the rest of the home. Examples cited in a fact sheet distributed by Riemer’s office include an apartment over a garage, a basement apartment (known as an “English basement”), an in-law suite, or a so-called tiny house on a side lot

Some restrictions, such as the requirement that the property be owner-occupied, would remain in the law. However, a change would allow the owner live in the smaller, rather than the larger, unit if desired.

Riemer hosted a policy forum on the ZTA on Saturday. About 75-100 people attended, while others followed via a live stream as the issue was discussed.

In his introductory remarks, Riemer noted he lived in a home in Takoma Park that was once “chopped up,” as he put it, for ADUs and that still has two gas meters in the basement.

“When we moved in, we had to undo some of [those changes] to turn it back into a single-family dwelling unit,” he said.

“In a post-war period, [ADUs were] the solution. People moved in, they rented rooms they built accessory dwelling units,” Riemer added.

However, the county’s current rules discourage this sort of housing.

The result, Riemer said, is “I think the county has a housing crunch [and] I think it’s creating an affordability crunch.

The ZTA as proposed would:

Forum attendees raised a number of issues, some quite specific, such as whether to require a 24-inch or 30-inch stove in an ADU. Others were concerned about parking, on what grounds a neighbor could challenge the application for an ADU license, or whether an owner of a property with an ADU could keep the license if they moved away for a new job or armed services obligation.

One gentleman who said he lived in the Fairland area had a contrary view that caused a buzz in the room and on social media.

This person suggested the county “get rid of all rental units,” on the grounds that these profit-making homes stay off the market and therefore keep housing prices higher.

He went on to add that he didn’t want to live near an AirBnB home, “apartments, townhouses or low-income people,” and asked where in the county could he live that would guarantee he could avoid those conditions.

Riemer dismissed that comment as a rhetorical question, while noting others in the county do share those objections.

Another common concern raised at the forum was the perceived lack of enforcement of current housing codes. Riemer acknowledged the problem and pointed out that the council had added nearly $1 million to the budget last year for code enforcers, and that the county is now filling those positions.

Other attendees supported the proposal, offering examples of success stories, including homeowners being able to stay in their homes, or to afford to buy one, because of the ability to rent to other residents.

Saturday’s forum is available for viewing online. A public hearing for ZTA 19-01 is scheduled for Tuesday, Feb. 26 at 7:30 p.m.