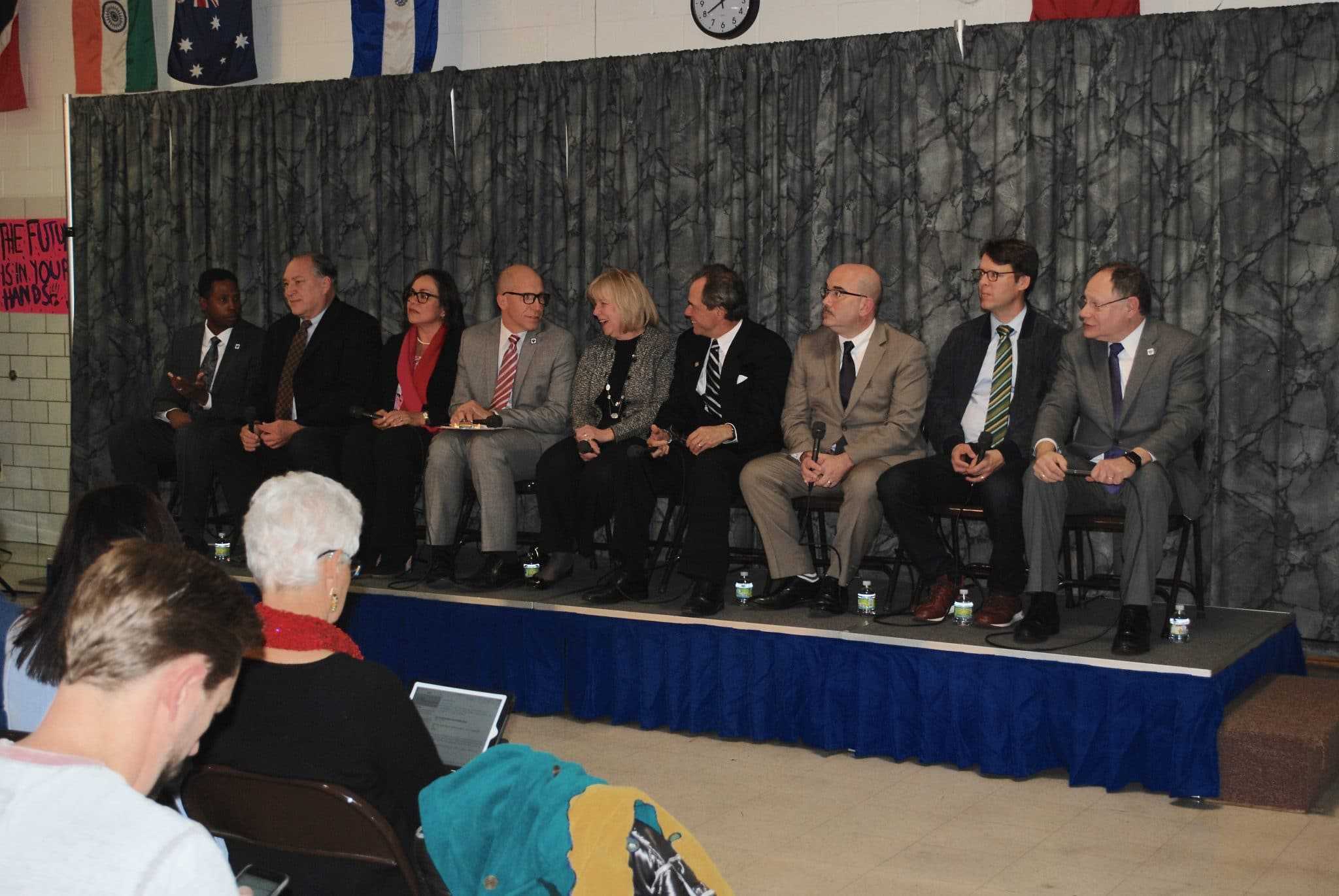 For a time last night during the Montgomery County Council’s Silver Spring Town Hall, money was the issue hanging over virtually every concern raised by attendees.

Almost all of the questions involved (mostly unspoken) requests for increased funding for each questioner’s favorite program or cause. How to get there was not necessarily directly addressed at first.

Funding issues really broke into the open following a question by Carol Barth, a resident of Northwood/Four Corners.

That neighborhood’s roads, among others, have been identified by the Department of Transportation as needing resurfacing for some time. There is a patching project underway in the neighborhood now.

“The county budget documents themselves say that it would take $40 million a year just to not lose any more ground and fall further behind,” Barth said.

However, the county only proposed, and the council funded, $3.9 million for FY 2017. For that reason, several resurfacing projects had to be postponed, including Northwood/Four Corners.

Council Vice President Roger Berliner (D-District 1) pointed out that he is the lead sponsor of a special appropriation of $8 million for road resurfacing, which is being taken up by the Transportation, Infrastructure, Energy and Environment Committee today. Berliner is chair of the committee.

If the appropriation passes the committee, it would go to the full council, which, under the County Charter, must be approved by at least six council members. If approved, “the funding would be directed toward projects—based on a rating of road conditions—conducted between April and November in 2017,” according to a council press release.

Councilmember Marc Elrich (D-At Large) then got to the crux of every concern raised.

“You’re raising one of the most difficult issues that we have to talk about,” he said. “We don’t have mad money lying around, despite what some people may think.

“I really believe that this community needs to have a serious discussion about what kind of government you want and what kind of services you want and what are you willing to pay to get those things?” he continued. “If I had to find $40 million for this, would you prefer that I take it out of the police department, would you like to take it out of the fire station . . . it gets really hard to do.

“This is an accumulated problem that has landed with us,” he added, “and if you want us to get out of it, then we’ve got to be able to have the conversation about what’s the appropriate tax rate to do the job.”

Council President Nancy Floreen (D-At Large) pointed out that residents have an opportunity to weigh in on priorities during the council’s budget process.

“We very rarely hear any suggestions as to what we should not spend money on,” she said.

And no one made one during the town hall, with one exception. An attendee suggested that no more fields of artificial turf be placed at schools, favoring real turf, which he contended was less expensive to maintain and safer for the players.

Other requests brought up by attendees included:

The meeting was recorded and will be broadcast several times on County Cable Montgomery on Cable Channels 996 (high definition) and 6 (standard definition) on Comcast; Channels 1056 (HD) and 6 (SD) on RCN; and Channel 30 on Verizon, according to a press release. 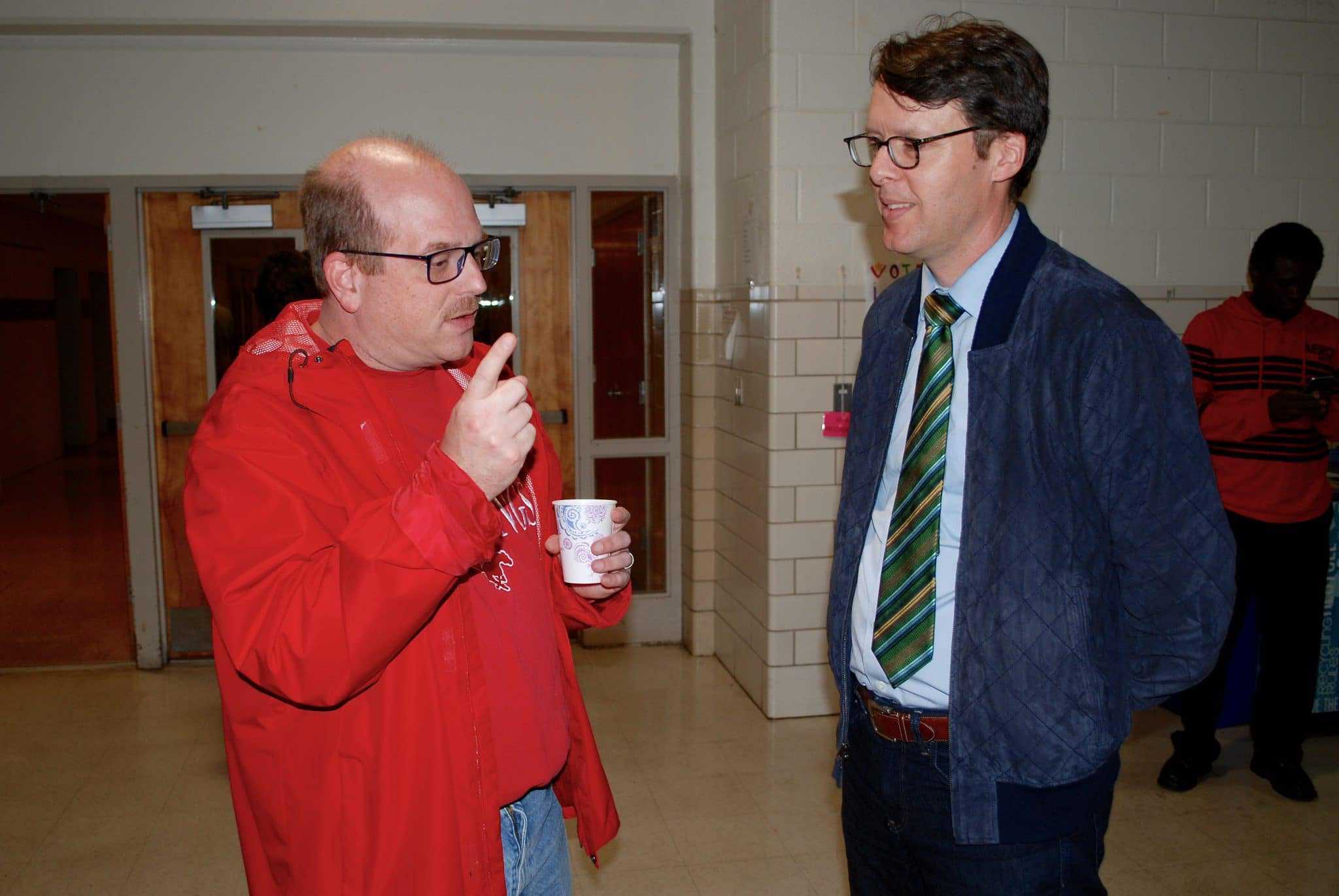 Councilmember Hans Riemer and a constituent prior to the town hall. 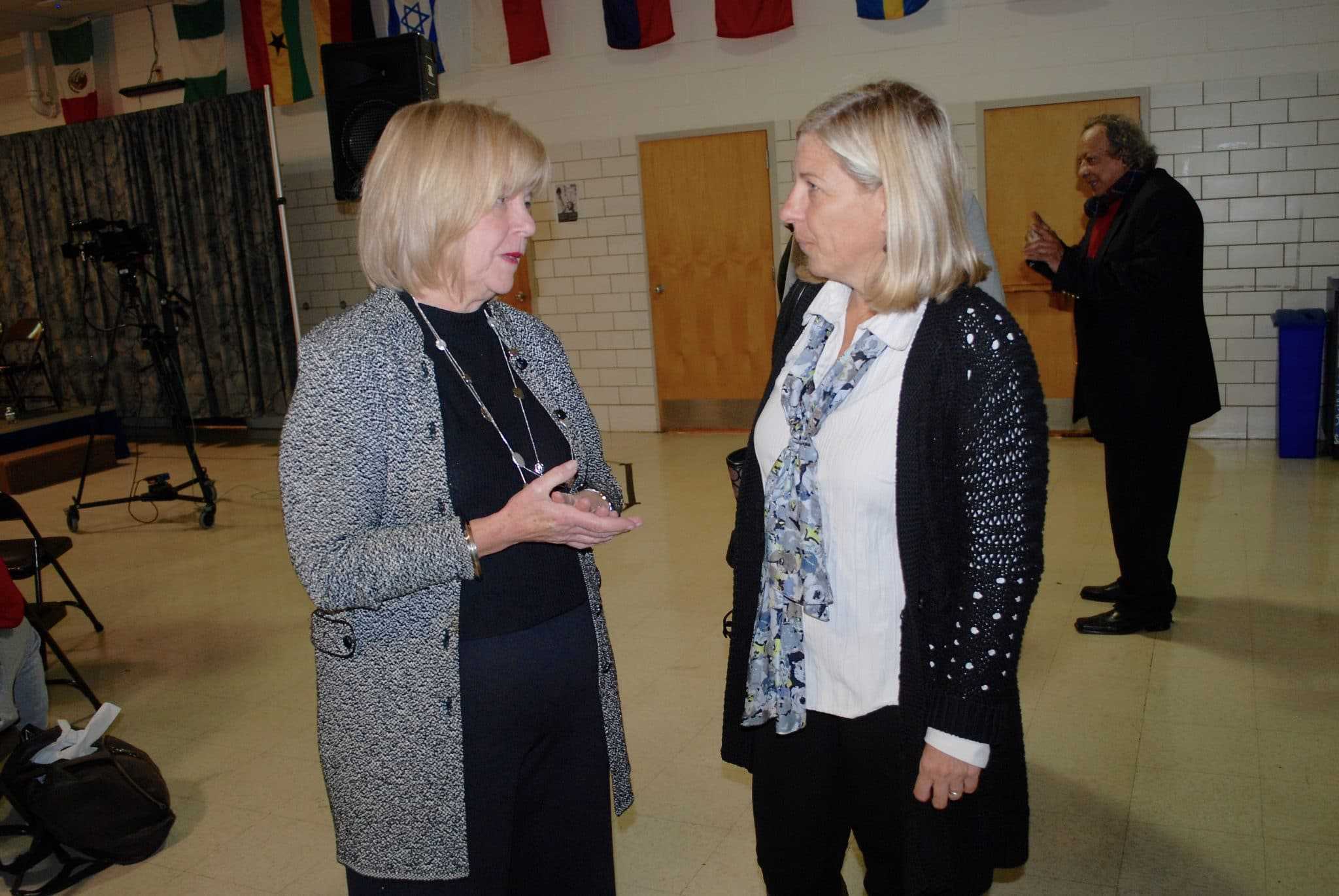 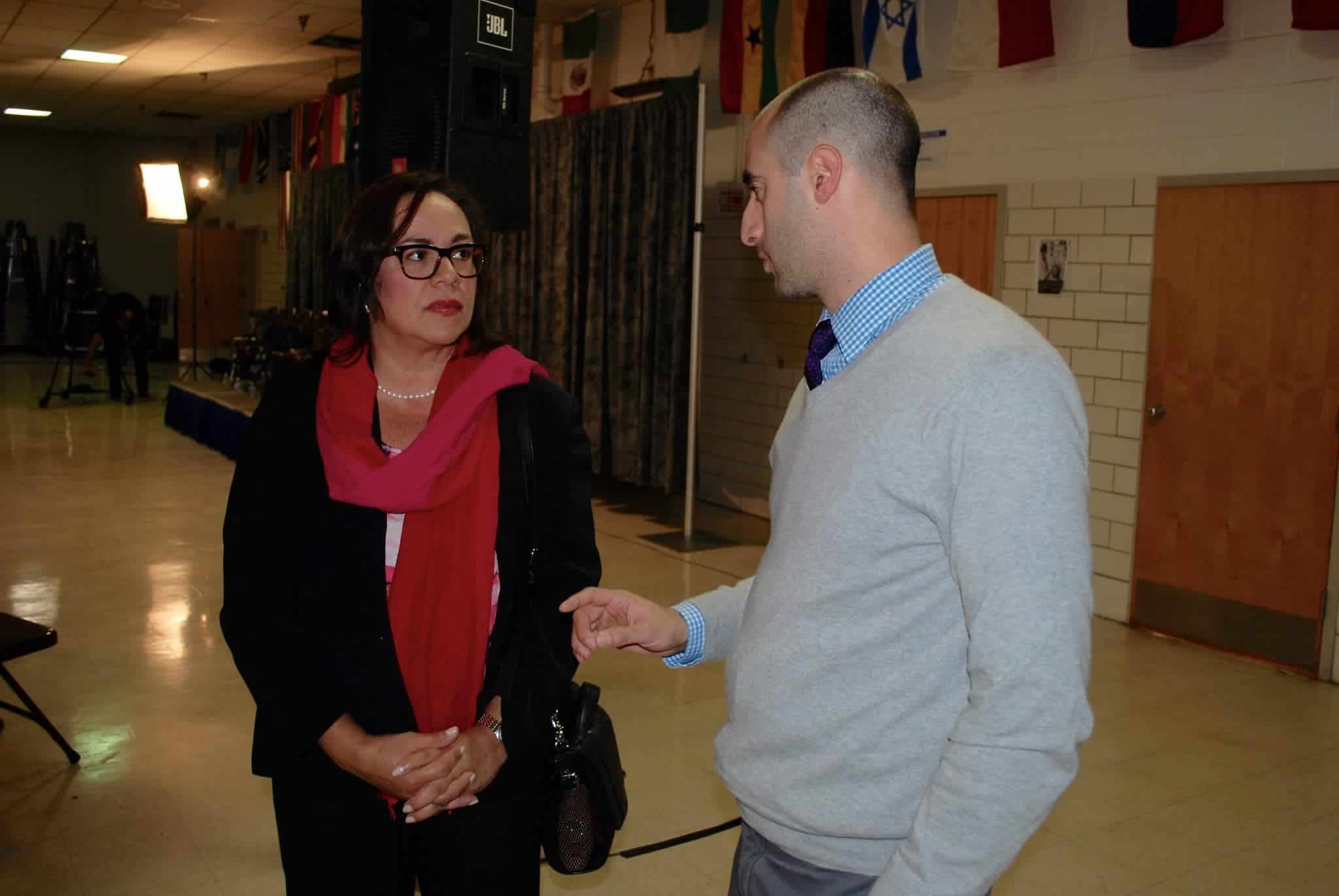 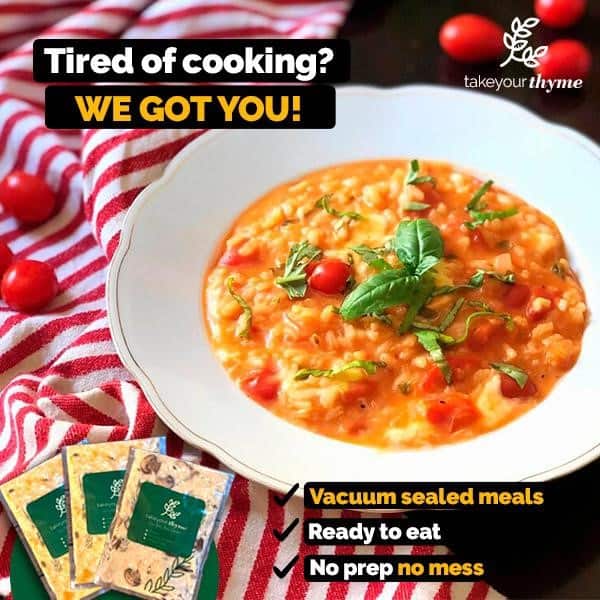