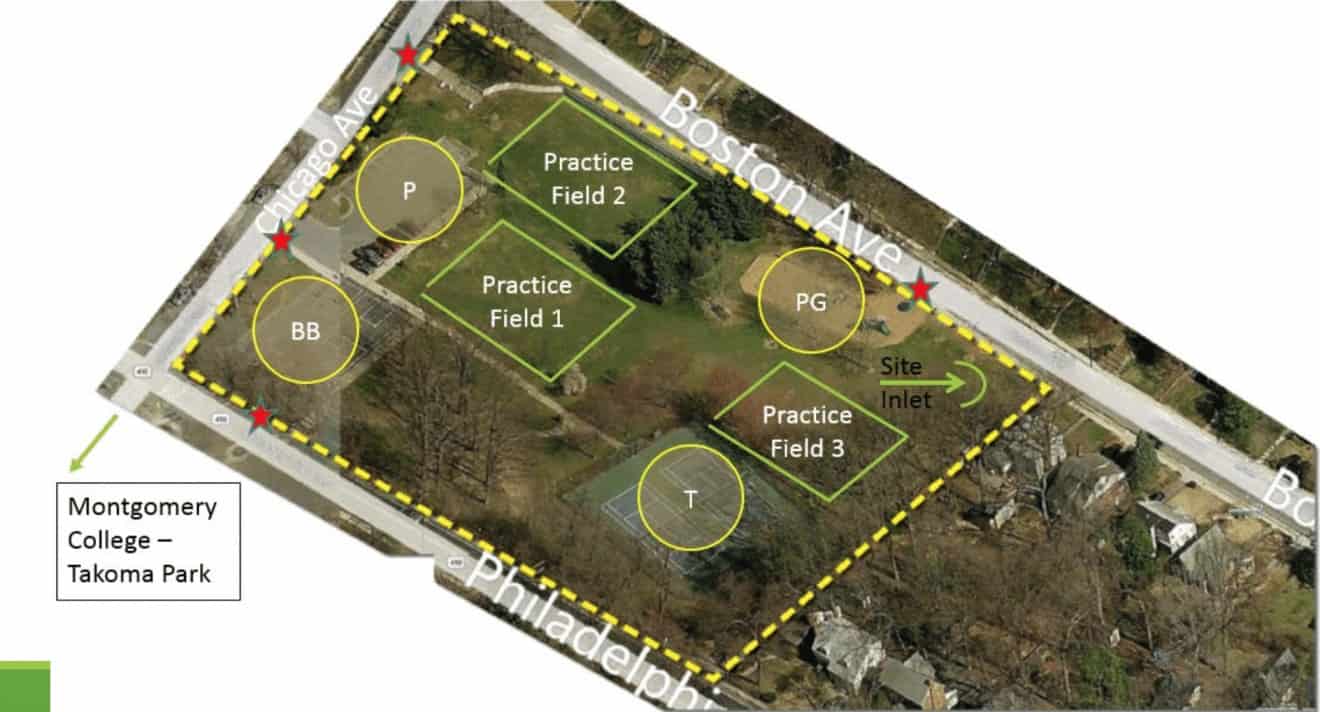 About 30 people attended a meeting Tuesday to review the latest options for a $1.5 million project to improve the Silver Spring Intermediate Neighborhood Park.

The 3.6-acre park is on the site of the former Silver Spring Intermediate School. It is still owned by the school system, but is managed by Montgomery Parks, which installed the parking lot, basketball court, tennis court, ball fields and playground in the 1980s.

The park bordered by Philadelphia, Chicago and Boston avenues, along with single-family homes, and is across from the Silver Spring/Takoma Park campus of Montgomery College.

Project Manager Wen Huang first reviewed some of the park’s current issues, identified by staff and by the public at an April meeting on the project. Those weaknesses include:

She noted that comments from the April meeting and submitted online demonstrated that residents most valued the rolling, open play area, the canopy of mature trees, and the general character of the park itself, which most commenters want to preserve.

Two options were presented at the initial meeting for attendees and online commenters to react to, and the general consensus showed the lack of desire for amenities such as a dog-walking trail, formal playing fields, exercise stations, or a loop trail.

Prior to introducing the latest four options for park improvements, Huang briefly turned the presentation over to Michael Ma, Montgomery Parks park development division chief. Ma reminded the attendees that the county manages more than 400 parks. Therefore, once a park is renovated, it may not be revisited for as many as 30 or 40 years, he said.

For that reason, staff tries to look ahead at future populations and their needs, and build in as much flexibility as possible with any new improvements.

Huang said no matter what options go into the final plan, some general improvements will be made. Those would include:

Option #1 was presented as the least radical change by, in addition to the above, adding walkways and executing a decorative concept to the wall along Boston Avenue.

The next three options added more and more amenities. Option #2 would move the current walkway to provide a sledding hill, add an entrance with seating near the intersection of Chicago and Boston, and create a boardwalk and mural wall while improving field drainage.

Option #3 would be similar but not add a new entrance. It would add seating and a more direct access to the playground, flatten the grading of the open space, and provide more play space.

Option #4 offered the most extensive changes, including some that were not necessarily the most popular ideas. Those amenities could include:

After the four options were presented, attendees were given stickers to mark their preferences for (green stickers) or against (red stickers) the options, as well as specific amenities.

The presentation with those options will be online at the project web page for public review and comment shortly, with the idea of coming to some community consensus on improvements to be made.

Once that is achieved, which staff hopes will be this summer, the design phase will begin. The Planning Board would then get the design for its approval this winter. If granted, construction could start in the fall of 2019 and the new park open in 2020.

Attendees mark their preferred options and amenities for the park improvements. Photo by Mike Diegel. 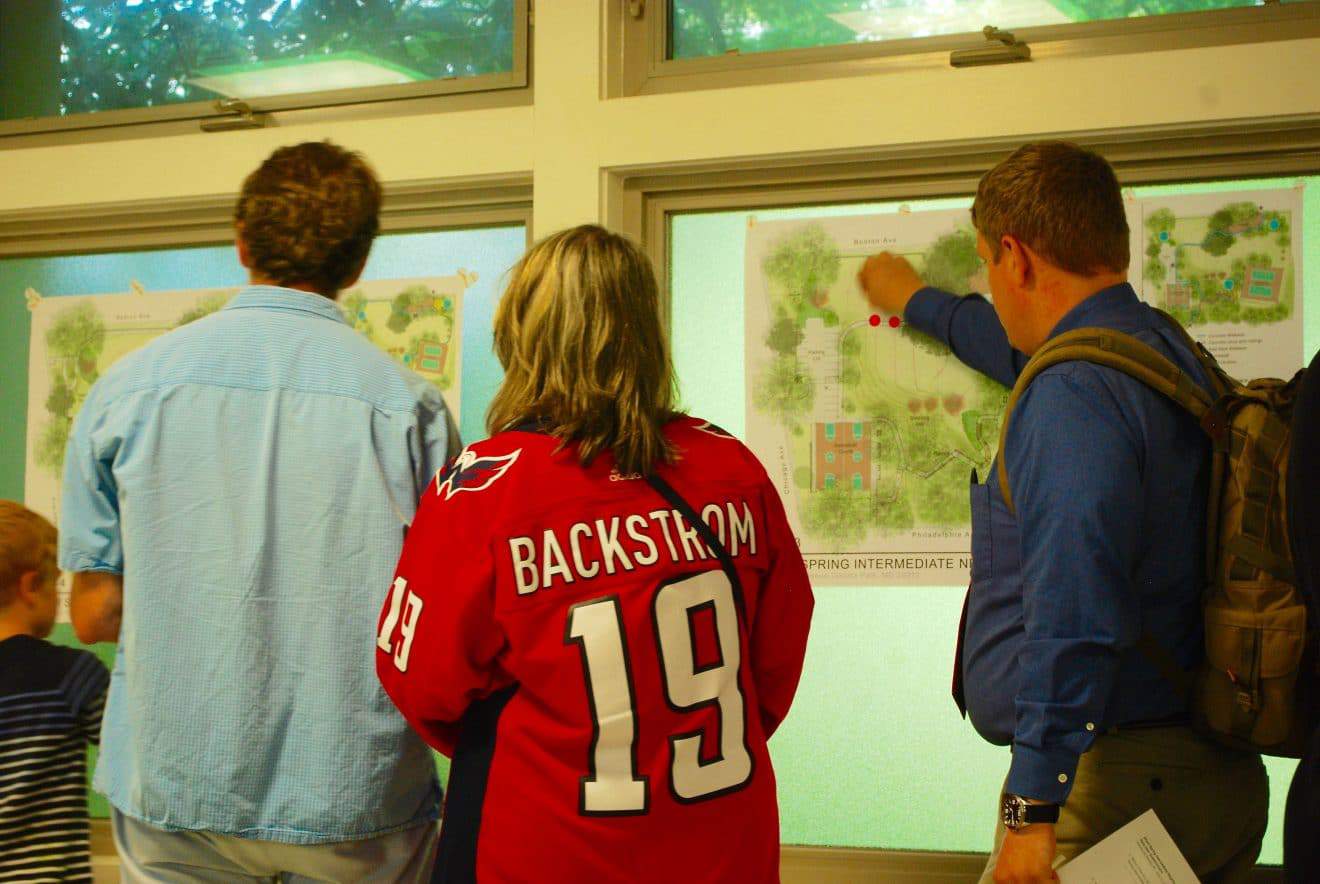