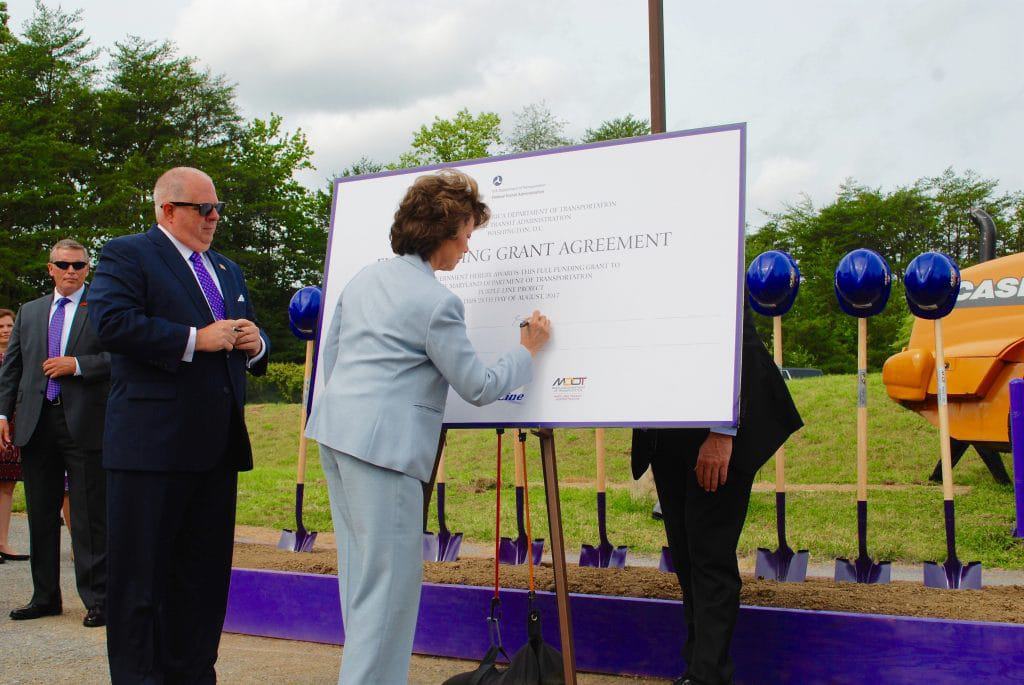 The ceremony, held on the site of a future maintenance facility in Prince Georges County (represented by speakers County Executive Rushern Baker (D) and U.S. Rep. Anthony Brown (D-District 4), attracted a large crowd of elected and appointed officials along with supporters, many of whom have worked for years to get the project to this point.

Montgomery County Executive Ike Leggett (D), who spoke first, recognized one of the Purple Line’s most ardent enthusiasts, Harry Sanders, who died in 2010.

“We would not be here but for his vision, his dedication and commitment,” Leggett said. Sanders co-founded the Coalition to Build the Inner Purple Line, which later expanded into the group Purple Line NOW. Members of the Sanders family attended the groundbreaking, as did supporters from that group and Action Committee for Transit, another activist organization working for the project.

“This victory is just as much one for ‘people power’ for all those who volunteered on behalf of the Purple Line,” said ACT President Ronit Aviva Dancis in a press release. “It was a massive effort by everyone.”

“It’s been like a long-distance relay run, with one administration after the other passing the baton to the next at the local level, the state level, the federal level,” said Maryland Sen. Chris Van Hollen (D), “always fueled by citizens who were pushing to make sure we did the right thing for our region.”

The system will include 21 stations, 10 of which will be in Montgomery County. It will be built and operated by the Purple Line Transit Partners in a public-private partnership.

Citing what he called “an innovative, cost-effective new plan for the Purple Line,” Hogan said, “Just the construction alone will mean thousands of jobs. The Purple Line will be a transformative, long-term asset to our state.”

He also noted that the two counties the line will primarily serve are contributing $330 million for the project, and that design changes would save $550 million over initial budget estimates.

Referring to the federal contribution formally announced today as “this last, final hurdle,” Hogan said, “Immediately after this ceremonial signing of the funding agreement, we will actually begin construction of the Purple Line today.”

The project is expected to take about six years to complete.

Chao praised the state’s public-private partnership, known as P3, saying, “This project is well on its way to transforming public transit.”

She noted that P3 agreements are widely used around the world for transportation infrastructure, though they are relatively new in this country.

“They have great potential to help rebuild and revitalize our ancient infrastructure,” Chao said, “because we do not have the money for every project that needs to be done in this country.”

The secretary and governor were joined by other dignitaries for the groundbreaking. Photo by Mike Diegel. 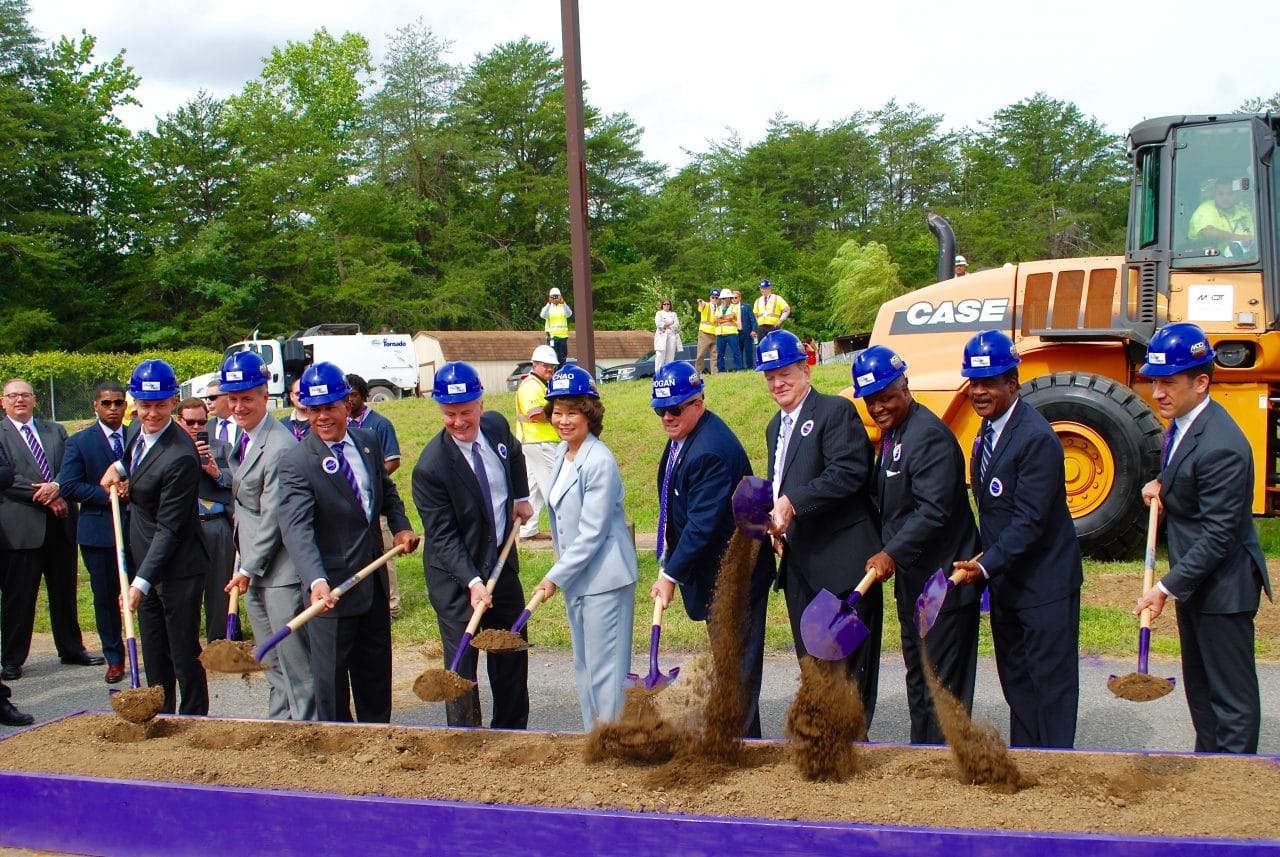