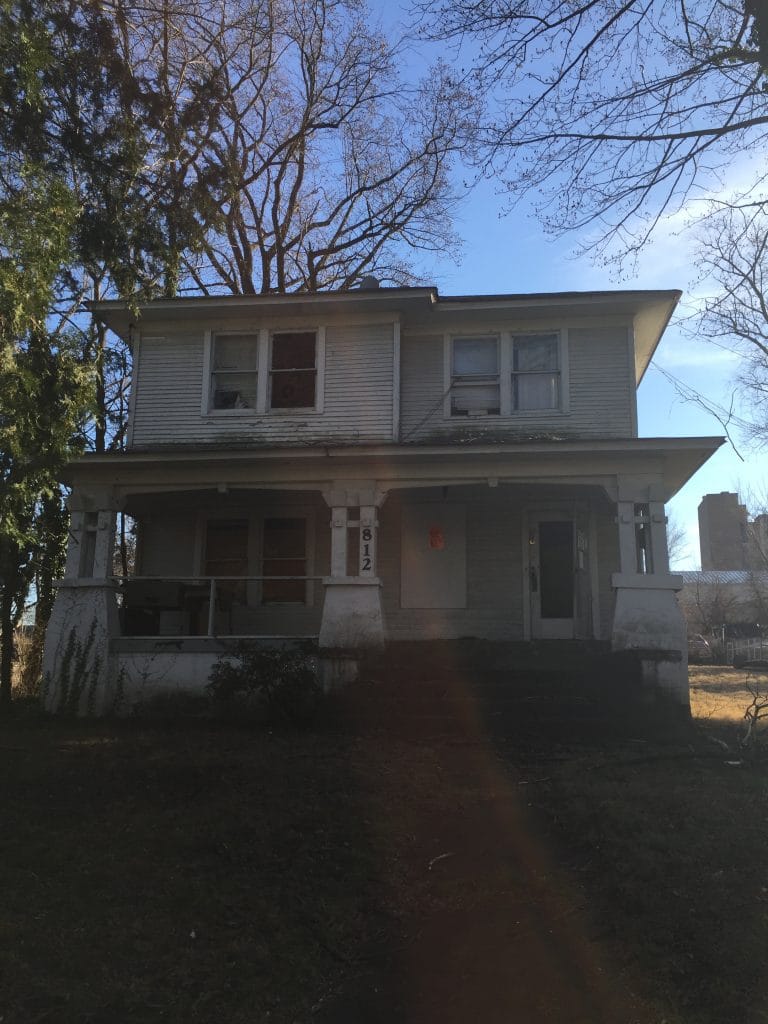 Proposed regulations would help deal with properties like this one, long abandoned on Silver Spring Avenue before demolition. Photo by Mike Mowery.

Public comments are due in three days for the Department of Housing and Community Affairs draft regulations to better address unmaintained vacant properties in the county.

The proposed regulations follow the passage of a bill enacted in May to help protect neighborhoods from unmaintained vacant properties. Councilmember Tom Hucker (D-District 5) was the lead sponsor.

The bill defined such properties as a residential property, including condominiums, which isn’t occupied and that the DHCA determines that there is no resident “for which an intent to return and occupy the dwelling can be shown.”

Under the proposed regulations, signs of a vacant property include past due utility notices and/or disconnected utilities, accumulated mail, no window coverings or no furniture apparent inside the property, and the building is open and accessible, among other clues.

Upon inspection and notice, an owner would be given an opportunity to correct the violations before the property is designated as unmaintained.

The proposal notes that once a property is determined to be unmaintained, it must be inspected at least once a year, though more frequent inspections can be ordered under certain circumstances.

Those circumstances, according to the draft, could include vermin infestations, yards not being maintained during the season, accumulation of garbage, vandalism or other factors.

Violators would be subject to inspection fees ranging from no fee for the initial inspection to $1,000 for the tenth and subsequent inspections.

Written comments are due by Oct. 1 to Christopher Anderson, Department of Housing and Community Affairs, Division of Community Development, 1401 Rockville Pike, Fourth Floor, Rockville, Maryland, 20852 or by email.