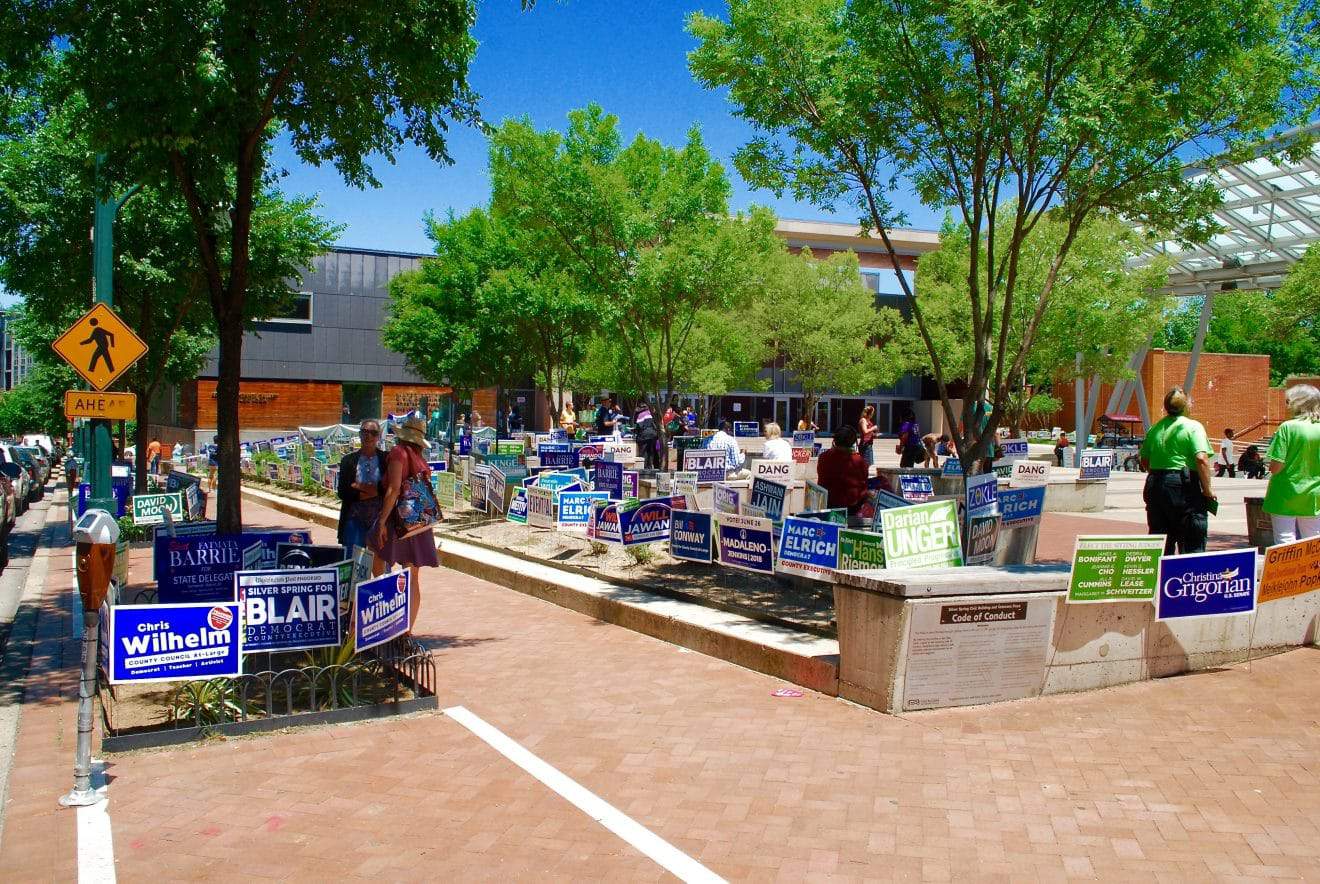 Photo of signs surrounding the polling place at the Silver Spring Civic Building by Mike Diegel.

The Maryland primary election is underway today as voters choose winners in races from governor, senator and U.S. representatives down to local party committee members.

The polls will be open until 8 p.m. tonight, and anyone who is line to vote at 8 has the right to cast a ballot.

Registered voters who are unsure where to vote can find their polling place here.

Some voters may need to cast provisional ballots due to a computer error in the state’s Motor Vehicle Administration system.

The State Board of Elections issued a statement on June 23 explaining that about 18,700 voters who changed their registration information (addresses or party affiliation) through the MVA’s website or kiosks from April 22-June 5 were affected by the glitch.

That number was updated late Monday to add more than 61,000 additional voters to those who may need to vote provisionally.

That new address information did not get sent from MVA to the SBE. The only customers affected were those who changed their address, but didn’t purchase a driver’s license, ID card, vehicle registration, title or other item via the MVA.

Voters can verify their registration information here. If the record does not show the current address, voters can enter the new address at the link above to find their correct polling place and vote via a provisional ballot.

Elections experts disagree over the meaning of the increase for today’s primary. Some claim it shows voter enthusiasm is high, leading to a higher turnout. Others dismiss that notion, arguing that early voting simply cannibalizes turnout on Election Day.