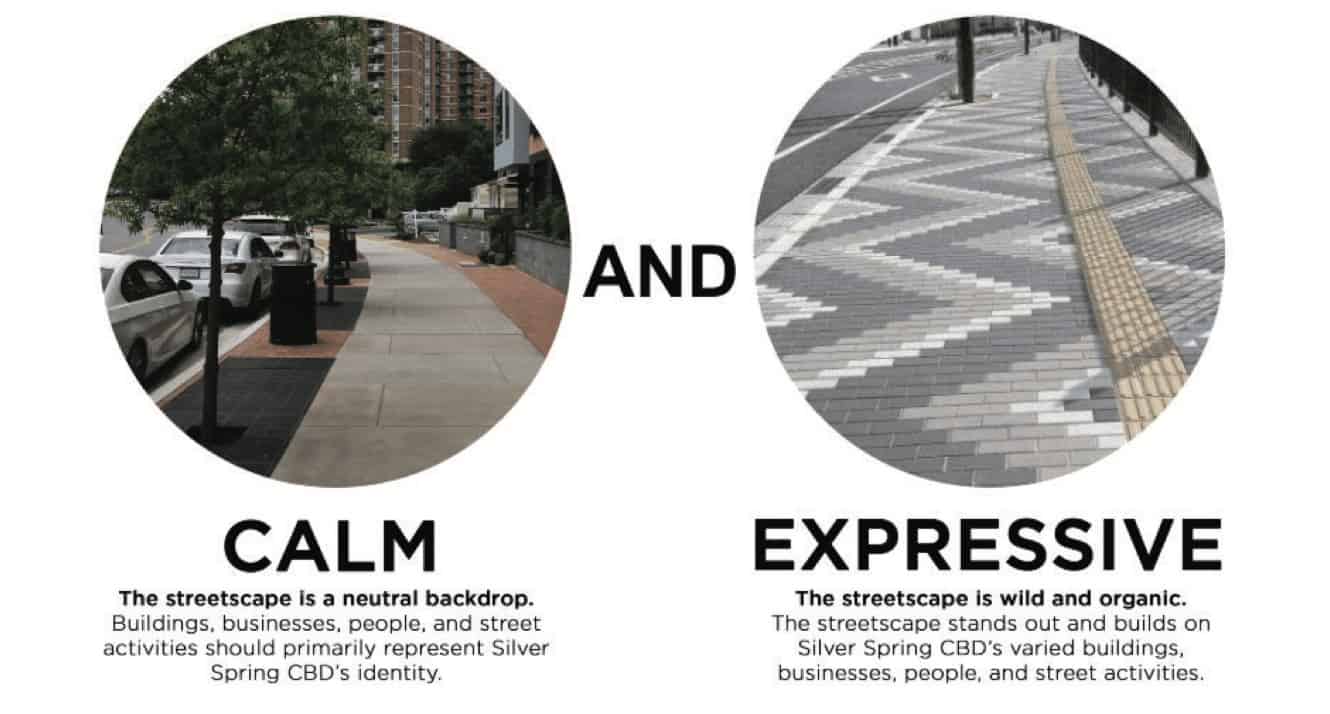 The Montgomery County Planning Board has approved a new set of standards for streetscaping downtown Silver Spring, the agency announced.

The Silver Spring Streetscape Technical Manual has been in use since 1992. The current revisions are the result of work that began in the fall of 2017.

“The goal of the update was to provide guidance for public and private development in the downtown business district of Silver Spring to reflect current practices for street tree plantings, paving, furnishings, lighting and stormwater management,” according to a press release. “The updated streetscape standards will help create a pedestrian-friendly urban sidewalk experience.”

The manual, which is more than 100 pages long, was developed with the assistance of an advisory committee and professional consultants and included stakeholder meetings, public workshops and an online survey.

The document, which includes numerous illustrations, tables and maps, covers everything from the types of benches and paving developers can use to the varieties of trees that can be planted downtown (allowing for variations in sidewalk width, for example, among other elements).

Planners also moved away from the level of conformity included in the original manual to recognize that different parts of the downtown function in different ways, and the streetscaping should reflect those differences.

“The first, referred to as a ‘Calm’ style, fosters a calm backdrop where buildings, businesses, people, and activities stand out,” the manual reads. “In this approach, paving, lighting, trees and furnishings are consistently treated. The second style is referred to as ‘Expressive’; where the streetscape is intended to be wild and organic.”

Examples of “expressive” areas, as opposed to “calm” areas, include the intersections of Coleville Road and Wayne Avenue, Colesville and East-West Highway, and Wayne and Fenton Street, among others.

In addition, most of the streets that make up Fenton Village are considered to be “expressive.”

The manual also includes guidance for branding and wayfinding within the CBD, as well as guidance for public art in the district.

For information on the revised standards, contact the lead planner, John Marcolin, at 301.495.4547 or by email at [email protected]