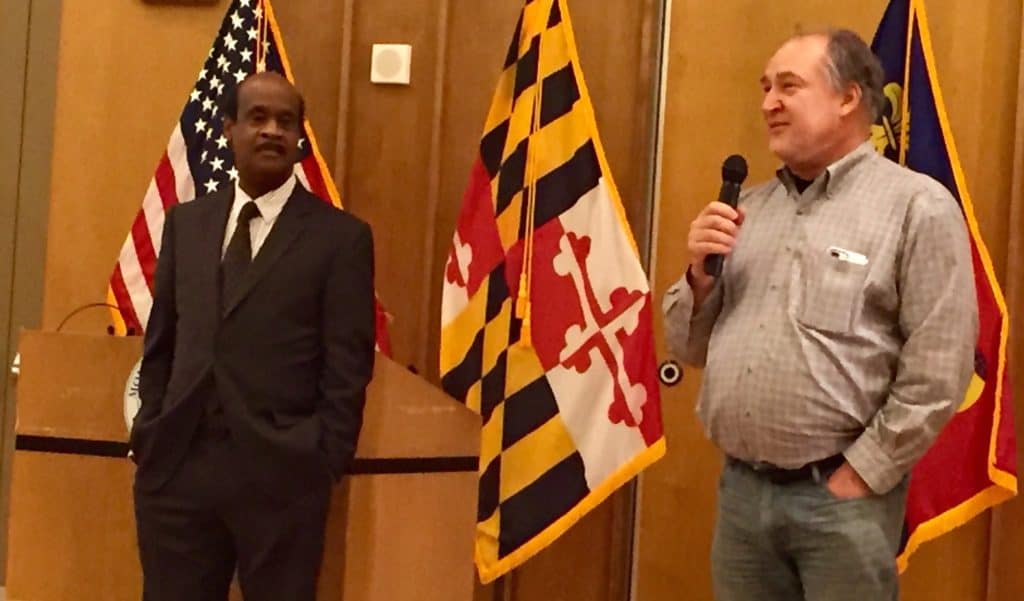 The budget, which will be released March 14, will focus on priorities that include affordable housing in an inclusive community, an effective and efficient transportation network, funding that ensures children prepared to learn and live, and healthy, sustainable communities, said County Executive Isiah Leggett.

Above all, he said, he intended to propose a budget that was responsive and accountable to citizens.

Leggett also pointed out that relatively fixed costs such as schools, public safety and debt service account for about 70 percent of an approximately $5.5 billion budget. This affects the amount of the county’s discretionary spending on other items.

He briefly touched on the recently vetoed legislation to raise the county’s minimum wage to $15 an hour by 2020, saying he expected an increase to pass within the next two years.

Here’s a rundown of some of the major topics raised by attendees.

Trish Rimo contributed to this report.