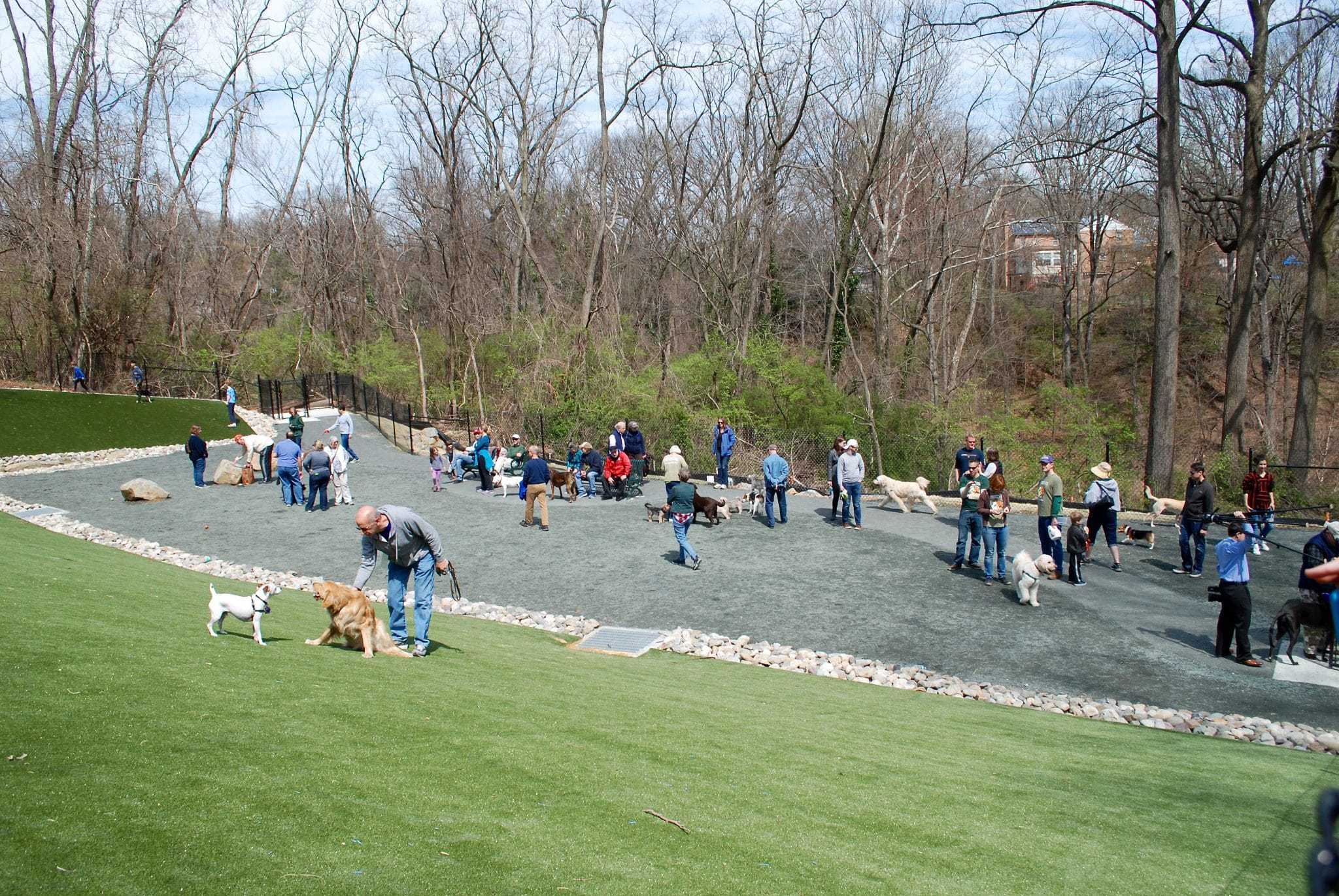 Dogs would be legally off leash in dog parks established by municipalities under legislation recently introduced by Councilmember Sidney Katz (D-District 3).

Current rules allow dogs to be off leash in county dog parks run by the Maryland-National Capital Park and Planning Commission, such as the Ellsworth Urban Dog Park in Silver Spring.

However, those regulations don’t apply to dog parks established by municipalities within the county, such as the Takoma Park Dog Park.

That park is located at the top of Takoma-Piney Local Park, at the end of the parking lot on Darwin Avenue.

“For dog owners—and dogs—one of the best things this county has done is establish dog parks so dogs can great exercise and socialize with other dogs,” Councilmember Katz in a press release. “We know that some municipalities are also looking to establish dog parks, and they will establish their own regulations for those parks. We want to make sure that dogs can run free in all dog parks in Montgomery County, and this bill would ensure that will be the case.”

The proposed legislation would not affect current county law requiring dogs to be leashed in public.

A hearing on Bill 21-17 is tentatively scheduled for Tuesday, July 11.