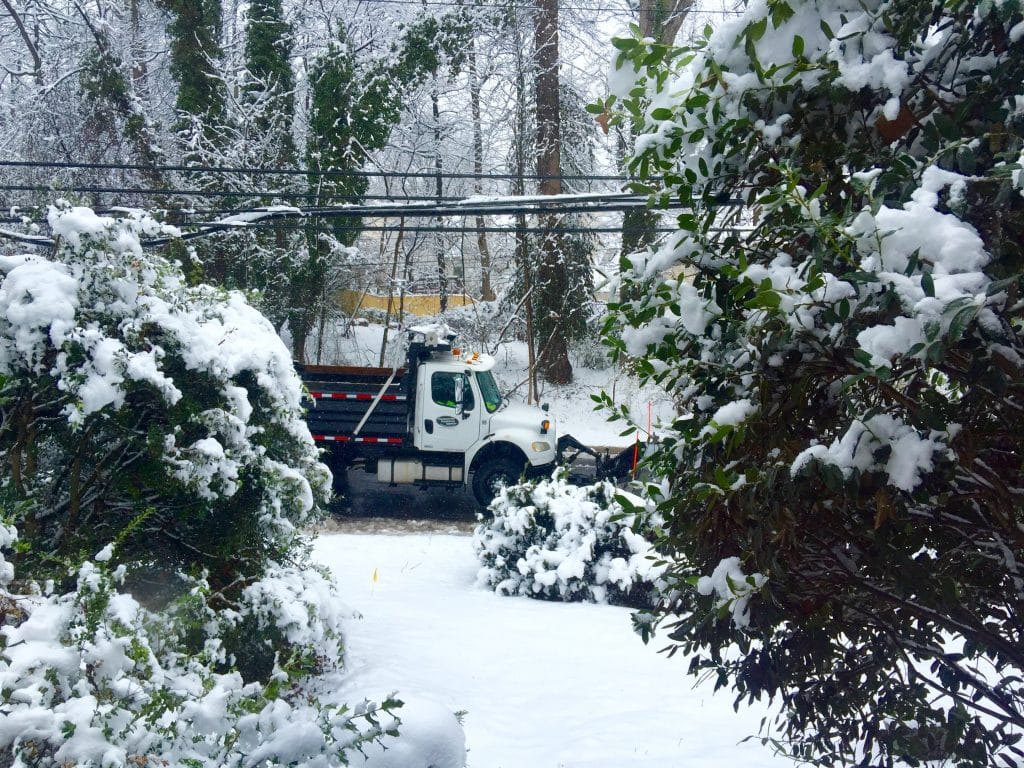 As the today’s snowstorm winds down, there are a few things to keep in mind during the aftermath.

Be mindful of the state and county snow emergency routes, designated with red and white signs. Parking on these streets during a declared emergency is illegal, and vehicles must have snow or all-weather tires, or chains, to drive on these routes.

Any cars or trucks that block snow emergency routes during an emergency may be ticketed and towed at the owner’s expense.

Numbered roads in the county are state routes and are maintained by the State Highway Administration. County roads will be plowed once three inches of snow has fallen, beginning with emergency and primary routes.

There are approximately 1,000 lane-miles of primary roads—arterial streets connecting subdivisions or business districts—and secondary roads, which are the main collector streets through subdivisions.

Once those roads are cleared, drivers will begin to tackle the 4,100 lane-miles of neighborhood streets to make them at least passable.

Residents can learn which agency is responsible for treating and clearing their roads here, and track progress of the snowplows, which run on about 220 routes, in their service area.