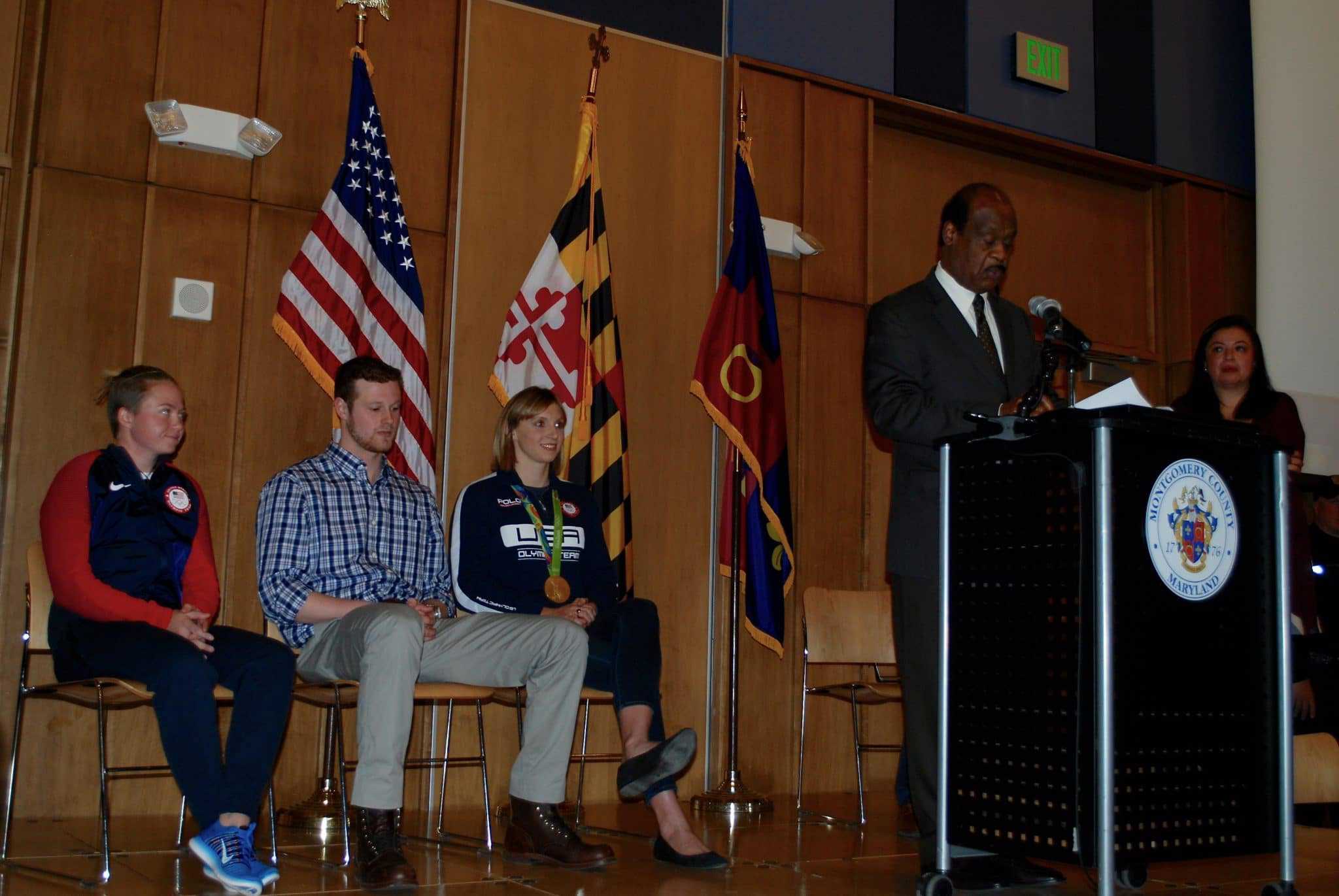 Four Montgomery County Olympians who will be the first inductees into a new county sports hall of fame were honored Monday night in a ceremony at the Silver Spring Civic Building.

Leggett pointed out that the U.S. led all countries with 46 gold medals at the Rio Olympics and “six of those gold medals came from right here in Montgomery County.”

“I had such a good time in Rio,” said Nee, who competed in the slalom event. “It was a true dream come true. I wouldn’t have gotten that opportunity without living in Montgomery County. It was a huge asset to my training.”

She also thanked her family and the community for all the support she had received leading up to the games.

“The way I got to the Olympic Games was 85 percent through donations from Montgomery County residents,” she said.

Conger earned a gold medal as a member of the men’s 4 X 200-meter freestyle relay team.

“The opportunities that my parents and my coaches gave me growing up were pretty surreal,” he said, adding that he planned to work toward the 2020 Olympics in Tokyo.

“I can’t even describe the amount of support that we all received while we were in Rio,” she said, thanking the crowd. “That’s what keeps us going.”

Maroulis made history when she defeated the 13-time world champion to earn the first wrestling gold medal won by an American woman.

After the presentations, Gabe Albornoz, director of the county’s recreation department, announced that Leggett had asked him to begin the process of commissioning a county sports hall of fame, and that he would be forming an advisory board soon.

After ceremonies, Leggett invited children in the audience to come up and get pictures with the athletes.