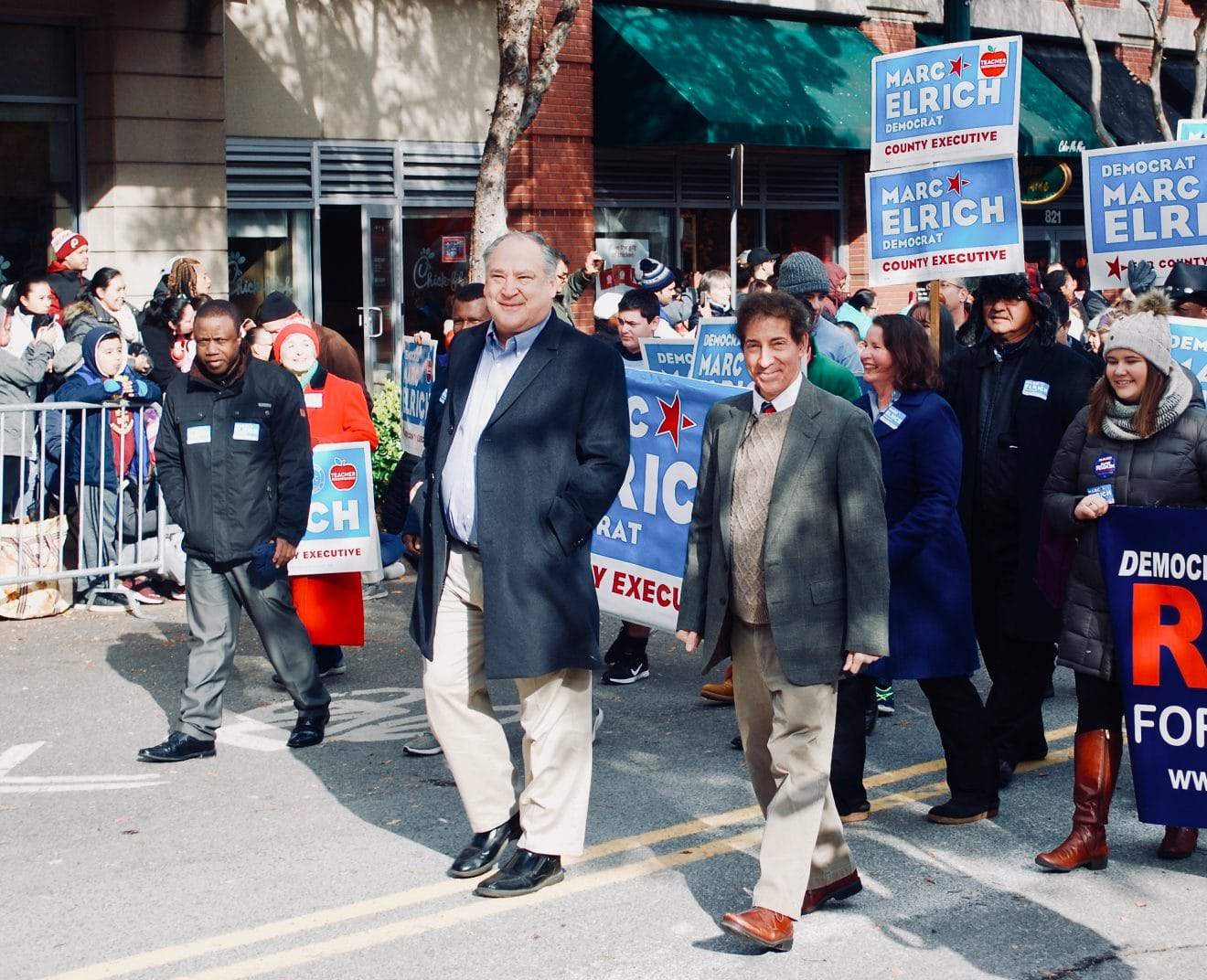 The transition to County Executive-elect Marc Elrich’s administration is well underway, as his team focuses on seven broad “priority outcomes” and potential candidates for government positions.

While Elrich has announced that Andrew Kleine, his transition team chair, will serve as chief administrative officer, other positions are still in flux—except for one area.

“I feel pretty good about the people that we have at the regional services level,” Elrich said. “They’re staying,” including Silver Spring Regional Director Reemberto Rodriguez.

In the meantime, Elrich said, “I hope to have a group of people to present to the council for interviews on Dec. 4. I’m not sure how many people that will be,” he said.

“Because the government will keep running, some department heads may continue to stay on. We may make some people acting department heads as we transition through,” he continued. “The good thing is I don’t have to replace everybody on Day One, which gives us time. There’re some positions we’re going to do broader searches for candidates for those positions. People will know more toward the beginning of December.”

At the same time, a group of about 180 people are working on plans focusing on outcomes in seven broad categories:

The topics were picked from areas that largely came out of the campaign and the issues that were frequently talked about, either that Elrich had campaigned on, or that people had raised during the campaign.

“If I had told 180 people to come up with the issues you want me to work on, I would have a list of 180 things—more like 500 different things,” Elrich said. “We knew there were areas that were important to us that we really wanted to focus on.”

Elrich acknowledged that his team was unusually large compared to previous administration’s teams, but there’s a reason for that.

“A lot of them invited themselves. Everybody’s always had a transition team, so people were like ‘Can I be on your transition team?’ and we left it pretty open,” he said. “We thought about people who’d been involved in different issues for different nonprofits, folks who’d been involved in a wide range of issues, and we thought those would be people we also thought we’d invite for the list.”

The list of seven doesn’t mean that’s all the transition group is considering, Elrich said.

“Senior issues are subsumed in one of those categories,” he said by way of example. “It doesn’t mean we weren’t thinking about senior issues, but it just seemed at one point it would be incredibly hard to break this into every single issue that you could possibly talk about.”

Another concern is county taxes.

“A lot of people ask me about taxes,” Elrich said. “One of the issues in the campaign, people said, ‘Oh, Marc is going to bring in all these massive numbers of social programs and raise taxes on everybody.’ And actually that’s not what we’re doing. We know that the budget is going to be constrained.

“We’re pretty committed to staying inside the box and trying to run the government more efficiently,” he continued. “I’ve been telling people I’ve got $5.5 billion or more in revenue, and if I’m going to look for doing new things and being creative, I’m going to look at the revenue I have [and] figure out how to use it better. I think we can do a better job.”

Those kinds of concerns are why Elrich will hold six listening sessions around the county, including one in Poolesville that was recently added (the first was held Saturday in Germantown). The sessions, he said, are intended to be wide open, a chance for people to talk to Elrich about whatever is on their minds.