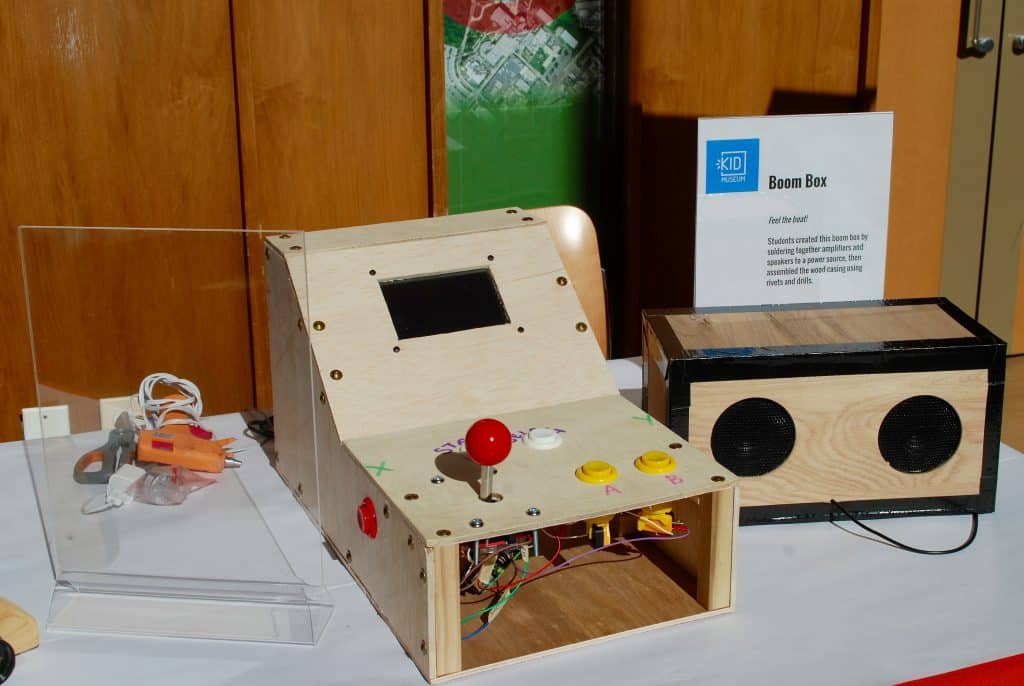 This homemade boom box was part of the Kid Museum’s exhibit at the summit. Photo by Mike Diegel.

Educators and other stakeholders gathered Sunday to discuss how to increase students’ interest in science, technology, engineering and math (STEM) and prepare them for jobs in those fields.

The STEM Summit, held in the Silver Spring Civic Building, was designed to “do a lot more to create opportunities for kids in STEM,” said Councilmember Hans Riemer (D-At Large), who hosted the summit.

“I think we do a lot, but we could be doing more,” he said. “To me, there’s a real strong social equity issue here. How do we bring the opportunities of our economy to everybody? There’s a lot of young people in our community who may not see a path for themselves into jobs in cybersecurity, or coding, or software development.”

The summit featured a panel discussion on STEM in education and another one on STEM in higher education and the workforce. Montgomery County Public Schools Superintendent Jack Smith gave the keynote address.

The panels covered what’s been happening in STEM education in the schools, libraries, the recreation department, higher education and workforce development.

“A lot of the major departments of the county government are expanding their STEM opportunities or their STEM programming,” Riemer said.

He cited the library system as one example.

“You can design a 3D printed object at home and actually load it to the 3D printer and go pick it up at the library. Little things like that are becoming more and more available in the county,” Riemer said.

One of the goals of the summit is to pursue a cohesive vision of what everyone’s role is in this area.

He pointed out that many jobs in these fields are not Ph.D.-level science jobs and talked about reaching the kids who might not realize these jobs are within their reach.

“Kids whose parents are NIH scientists, they’re going to find their way into this no matter what,” Riemer said. “We have to build pathways to the people who live here so they can get those jobs.”

Passion for Learning Executive Director Cynthia Rubenstein was one of the attendees, as some of the organization’s program focus on digital literacy and helping “elementary and middle school girls of color gain new skills and interests in digital technology,” according to the group’s website.

She appreciated the information shared at the summit, but thought the industry perspective was missing from the program.

“There weren’t as many employers represented in the room. It was primarily educators and STEM development organizations,” she pointed out. “There was a lot of emphasis on presentations by groups who do what they call ‘maker’ activities—building things.”

There also was a lot a discussion about STEM jobs that are going unfilled, she said, and the gap between the jobs that are available and the people needed to fill those jobs.

“How do you develop that talent pool and workforce pool for companies when you start talking about K through 12 and higher education? That was the big question of the day,” Rubenstein said.

While she said it was good to learn about what was going on in STEM among the represented groups, Rubenstein noted, “The gap is, of course, the population that all of these players are trying to tap into and connect to, they weren’t in the room.”

She referred specifically to African-Americans, Hispanics and women.

Riemer’s hope is that this first summit connects people like Rubenstein and others, makes them aware of what resources are available, what’s being done across the county and try to create a clearinghouse of information. He also held out the possibility of similar summit next year. 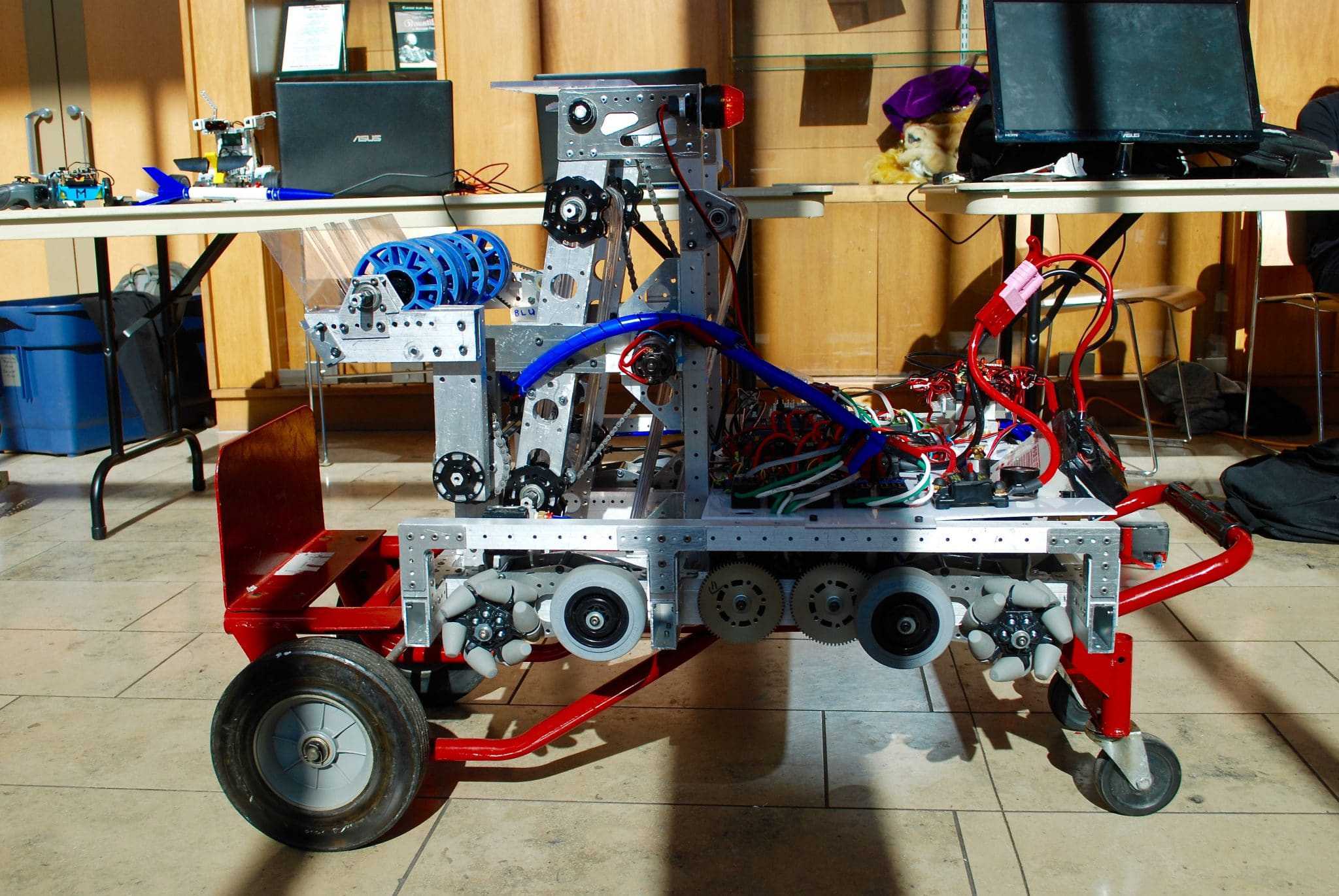 Robotics were part of the exhibits at the STEM Summit. Photo by Mike Diegel.