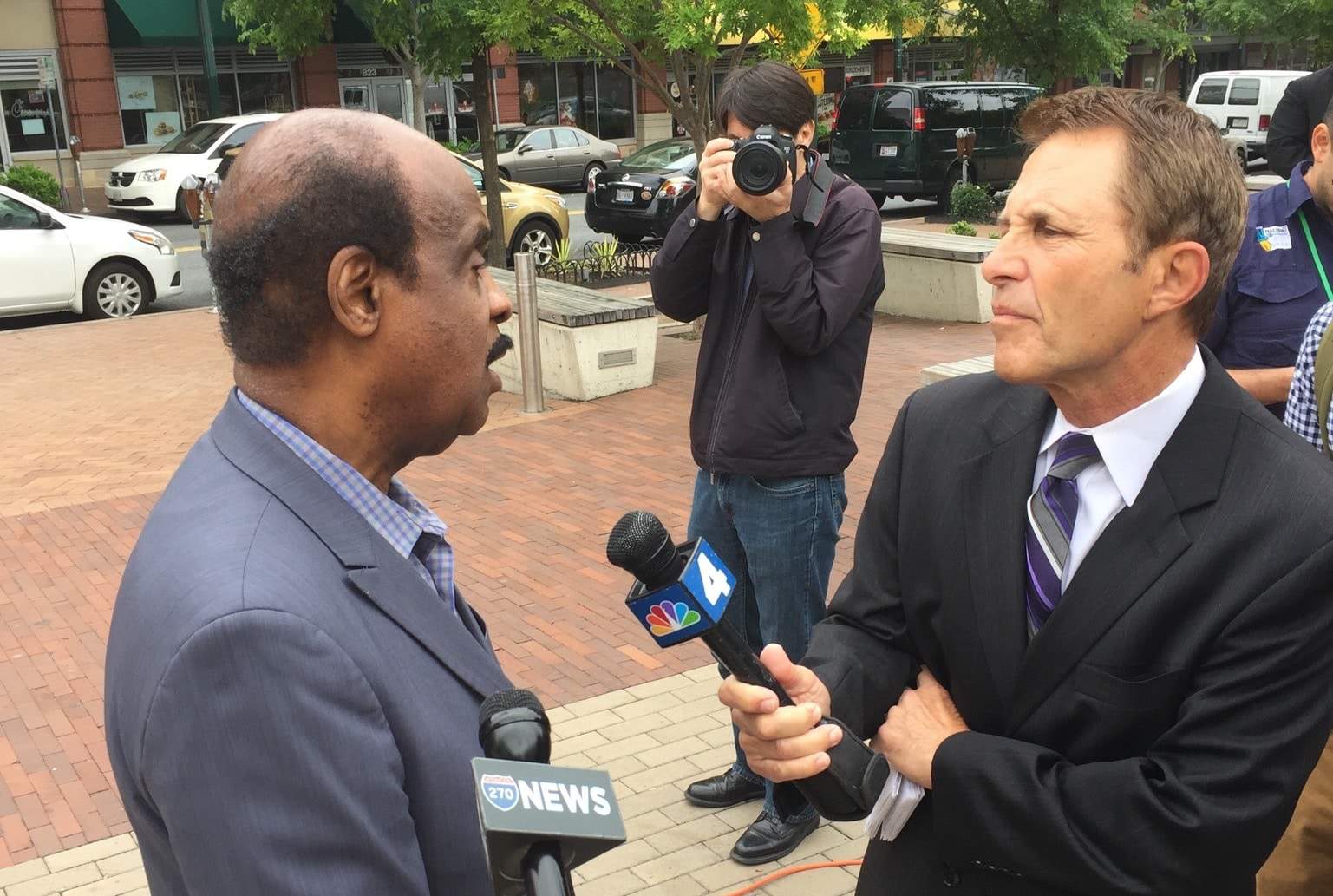 The county executive speaks to the press following this morning’s announcement. Photo by Mike Mowery.

County Executive Isiah Leggett was on Veterans Plaza in downtown Silver Spring Tuesday morning to help launch an initiative to promote and assist eligible residents in the county to become U.S. citizens.

The county has joined Cities for Citizenship and the “Naturalize Now! Summer Citizenship Campaign,” a coordinated naturalization event and communications outreach effort to encourage 1,000,000 eligible community members to naturalize this year, according to a county press release.

“We all know the great benefits and privilege of being citizens of this great nation,” said Leggett in his remarks. “Also, recent studies by the University of Southern California suggests that becoming a citizen can increase earnings 8-11 percent.

“Currently we have more than 50,000 county residents from all over the world that are eligible to become citizens,” he continued. The breakdown is: Latin America, 44 percent; Asia, 29 percent; Africa, 15 percent, Europe, 10 percent; and other, 2 percent.

According to the group’s website, “Cities for Citizenship is a national initiative aimed at increasing citizenship among eligible U.S. permanent residents and encouraging cities across the country to invest in citizenship programs.”

The group notes that there are 8.8 million legal permanent residents in America who are eligible for citizenship.