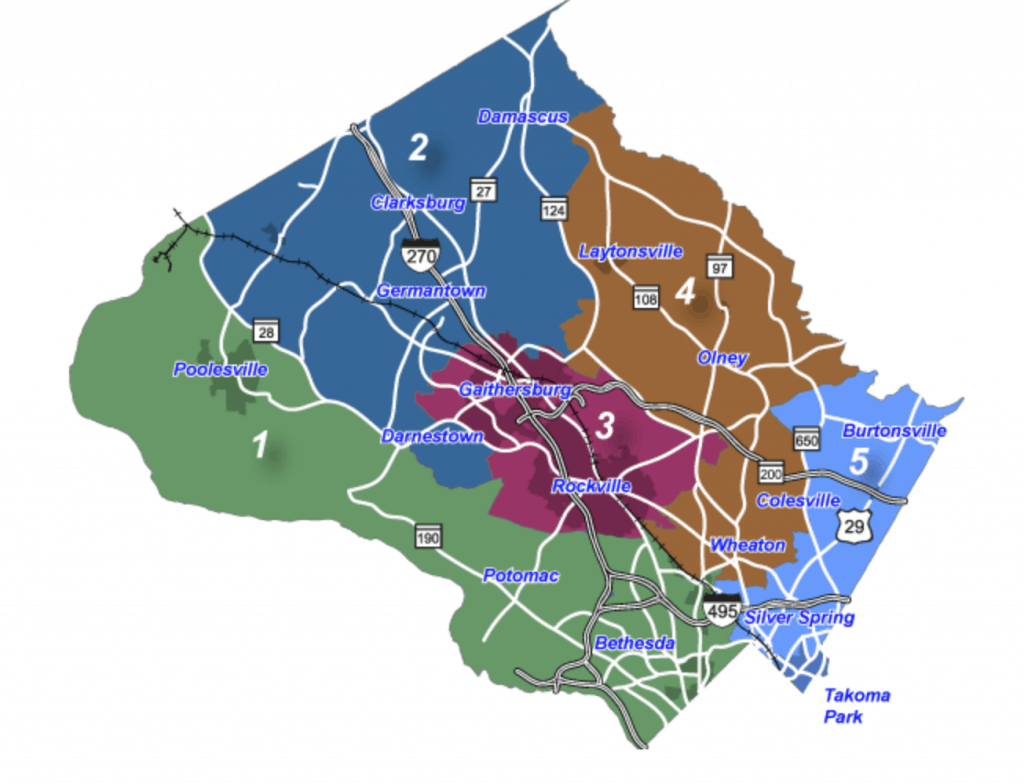 The County Council is looking for applicants to fill the 11 seats on the Commission on Redistricting, a group that will recommend a plan for drawing council districts following the 2020 census.

Under current law, the county is divided into five districts, each represented by one councilmember. “Each district shall be compact in form and be composed of adjoining territory,” according to a council press release.

Voters today face two ballot questions that could change the number of districts. One would add two districts, keeping the four at-large positions. The other would eliminate at-large members in favor of creating nine districts, each represented by one councilmember.

Regardless of the outcome of the two questions, the new districts will be in effect for the 2022 council election.

According to the announcement, “The Commission shall be composed of 11 registered voters who reside in the County. The Commission shall include at least one but no more than four members of each political party which polled at least 15 percent of the total vote cast for all candidates for the Council in the last preceding regular election.”

Under those criteria, the state recognizes the Democratic and the Republican party.

The selected members would be required to submit a plan to the council by Nov. 15, 2021, along with an explanation of the plan. A public hearing would follow.

“If within 90 days after presentation of the Commission’s plan no other law re-establishing the boundaries of the Council districts has been enacted, then the plan, as submitted, shall become law,” the announcement reads.

Interested residents must submit a letter of interest and a résumé (no longer than four pages) to [email protected] or the Office of the Montgomery County Council, 100 Maryland Avenue, 4th Floor, Rockville, MD 20850. The deadline for submission is no later than 5 p.m., Monday, Nov. 9.