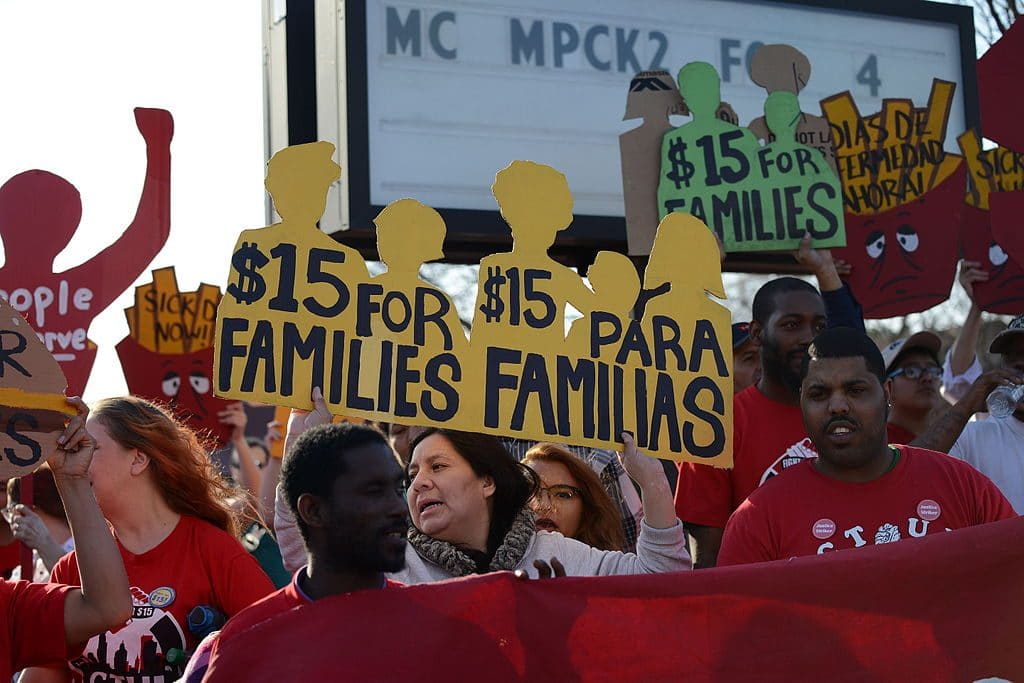 There is a national effort to raise federal, state and local minimum wages. Photo from Wikimedia Commons.

The County Council will hold a public hearing tonight on a bill that would raise the local minimum wage to $15 per hour for private-sector employers “over a period of years,” according to a press release.

Councilmember Marc Elrich (D-At Large) is the lead sponsor of Bill 28-17, Human Rights and Civil Liberties – County Minimum Wage – Amount Annual Adjustment. Councilmembers George Leventhal (D-At Large), Hans Riemer (D-At Large), Tom Hucker (D-District 5) and Nancy Navarro (D-District 4) are cosponsors. It would require an increase in the minimum each year, with phase-in periods based on the size and type of employers, and an annual analysis of the effects of the increase.

The council passed a similar minimum wage bill in January that was vetoed by County Executive Ike Leggett.

The hearing will be held at 7:30 p.m. in the Third Floor Council Hearing Room at 100 Maryland Ave. County Cable Montgomery will televise the hearing live on Channels 996 (high definition) and 6 (standard definition) on Comcast; Channels 1056 (HD) and 6 (SD) on RCN; and Channel 30 on Verizon.

The council’s website will stream the hearing live as well.