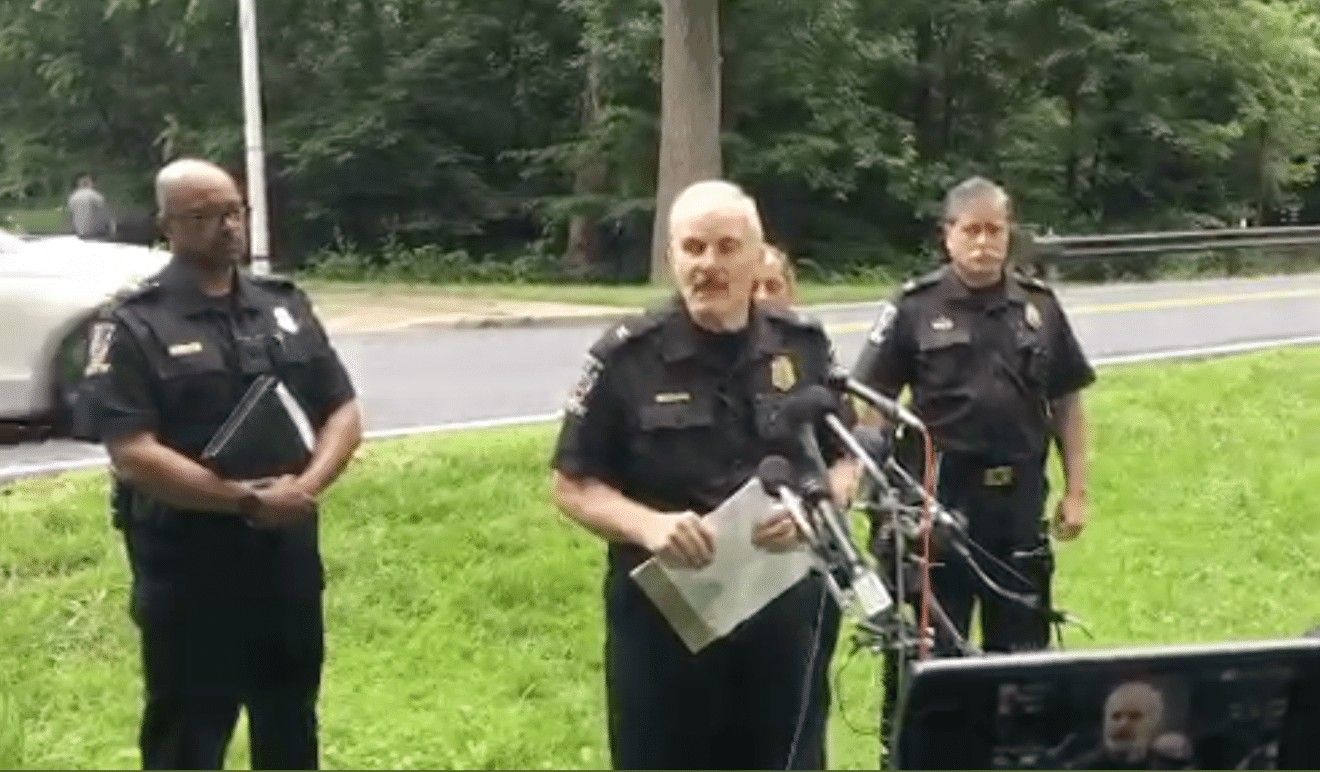 About 50 community activists and neighbors of Robert Lawrence White came to the quarterly meeting of Safe Silver Spring to express frustration about the many unanswered questions surrounding White’s slaying last Monday [June 11] by a Montgomery County police officer.

Captain William Montgomery, the recently installed commander of the Silver Spring district, was peppered for more than two hours with questions about White’s death, the use of lethal force, and training requirements, during the meeting Thursday night at Third District headquarters.

But Montgomery was repeatedly forced to say, “I do not know,” because the officer, Anand Badgujar, is protected by court decisions, state law and the county’s collective bargaining agreement from having to give a statement to investigators.

But he added, “There are still questions we have as a department.”

Badgujar had cleared a call on Three Oaks drive about 2:15 p.m. Monday when he approached White, 41, described by neighbors as a “gentle giant” with mental health issues who frequently took long walks through the neighborhood.

Police Chief Tom Manger said in a statement Tuesday [June 12] that body camera footage showed Badgujar and White getting in an argument, and then an altercation in which Badgujar used pepper spray. White then followed Badgujar back to his police car. Montgomery said the video shows White knocked down Badgujar as the officer fired and then started pummeling Badgujar in the head at which point Badgujar shot White repeatedly.

One woman teared up as she described having to tell her five-year-old son that the man who frequently stopped by to play with him in their yard had been shot by police.

“And he always wanted to be a policeman and I told him I was coming here tonight, and he was crying and begging me not to because he thought I would be killed for coming here,” she said

The woman wondered by Badgujar just didn’t “get out of the way,” like she does when her mother, who suffers from schizophrenia, has episodes.

When Montgomery asked if they thought it would have been safer just to let an angry man walk through the community several in the audience said yes.

One neighbor, Paul Rodriguez, said the fact the body camera footage has not been released “makes it look like the police are hiding something.”

Montgomery said there is video from Badgujar’s camera, another officer’s camera, and a citizen, and two to three eyewitness statements that will be reviewed by investigators. The Howard County state’s attorney’s office could ask that tapes be withheld while it determines whether to bring charges.

“I do believe the video will be released sooner rather than later,” said Montgomery.

But even if the tape is not released for six months Montgomery urged citizens “to be as critical as you are now,” looking whether changes need to be made in the Maryland law known as the “Law Enforcement Officers Bill of Rights.”

Montgomery said that he has a close member of his own family with mental illness and that as an African-American with a teenage son he also is sensitive to the issue of shooting an unarmed black man.

Montgomery also asked about the use of Tasers. Officers are required to take 40 hours of additional training, but their use has dropped sharply since the company making Tasers announced they could not guarantee their use would not result in deaths. Manger said in the 2017 annual use of force report that Taser usage by his officers has declined 73 percent since 2013, down to only 33 instances in 2017

There were three police shootings in Montgomery County in 2017, which are detailed here.

Montgomery said all Montgomery police recruits are trained during six months at the Training Academy in de-escalation techniques and dealing with the mentally ill. That’s also part of the annual, 10-hour training session officers go through for recertification. He promised to get back to the community with more details.

The next quarterly meeting with the District police is scheduled for 7 p.m., Sept. 13, at their headquarters at 1002 Milestone Drive.

Meanwhile, a GoFundMe campaign to pay White’s funeral expenses has been established.