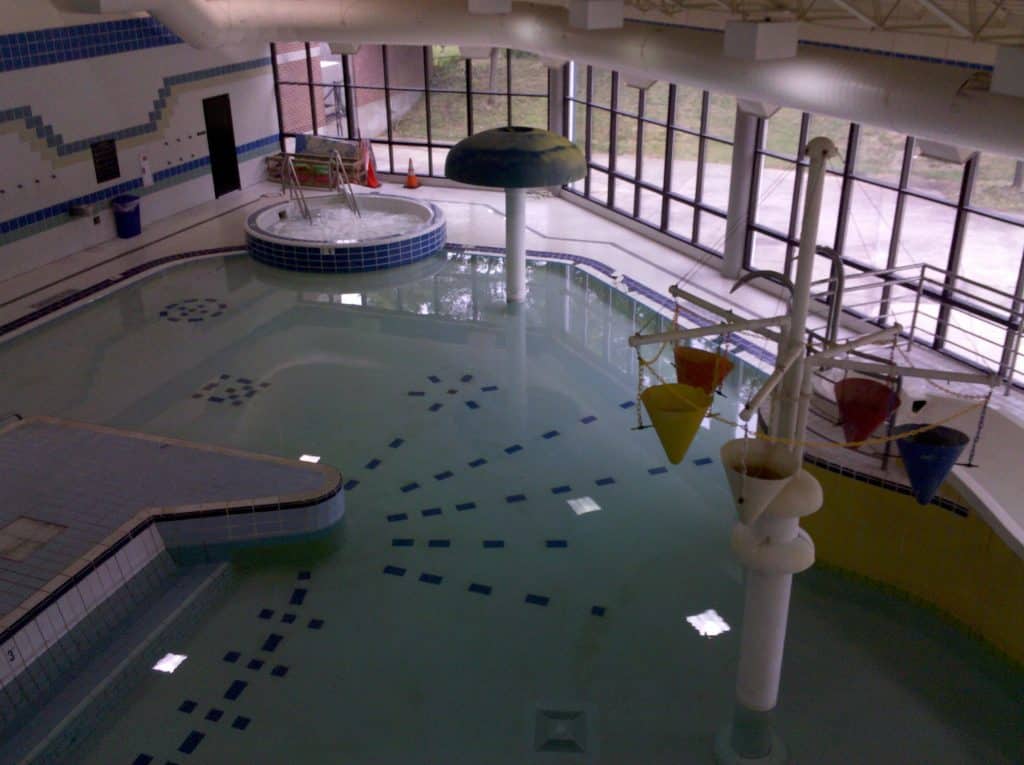 The county is planning to build a recreation and aquatic center in downtown Silver Spring. Photo of the Olney Swim Center from Wikimedia Commons.

Highlighting the budget release is $55.3 million to develop a “South County Regional Recreation and Aquatic Center,” which would be co-located with the Housing Opportunity Commission’s Elizabeth Square affordable housing project in downtown Silver Spring, according to a press release.

Phase I of this project would include an aquatic center and is targeted to open in late 2019. Phase II would include community and senior recreation centers with a gymnasium and multi-purpose activity rooms and a planned opening in late 2021.

This shared-use path would be 8-10 feet wide and run on the north side of Wayne Avenue from Fenton Street to the Sligo Creek trail. The county intends to enter into a memorandum of understanding with the Maryland Transit Administration to incorporate the trail’s design and construction into the Purple Line construction, according to county documents.