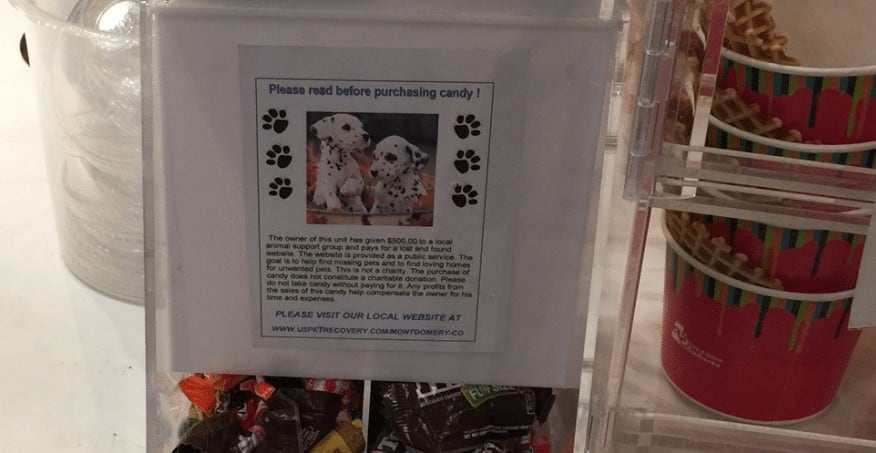 Those candy boxes you see asking for donations to help or find pets or children? Careful, it’s likely a scam, according to the Montgomery County Office of Consumer Protection.

According to an OCP press release, the boxes are actually property of for-profit business ventures that keep all the cash for themselves, and they have been spotted in the area.

A genuine charitable organization must list the name and address of the group on the box, according to state law.

“Unfortunately, businesses and consumers may not take the time to fully read and research the information printed on these boxes,” said OCP Director Eric Friedman in the release. “The overall impression created by these boxes clearly is misleading and certainly has the tendency or capacity to deceive both the consumers who contribute money, and the businesses who allow these boxes to be displayed.”

Friedman said in an interview that the office first learned of the scam last summer and began investigating. OCP found about a half dozen of these boxes in Germantown and Rockville.

Now the office is engage in a public education process to alert consumers, as well as businesses that might accept one of the boxes, about the misleading nature of the scam. If a potential contributor reads the print on the box, there is a disclaimer saying it’s not a charity, but few do.

“The box screams charity and then whispers, ‘Oh, but it’s not,’” Friedman told NBC4, which did an investigation of its own.

The box looks like this one and if anyone sees one, OCP asks him or her to report it by calling OCP 8 a.m.-5 p.m. Monday-Friday or report it online.