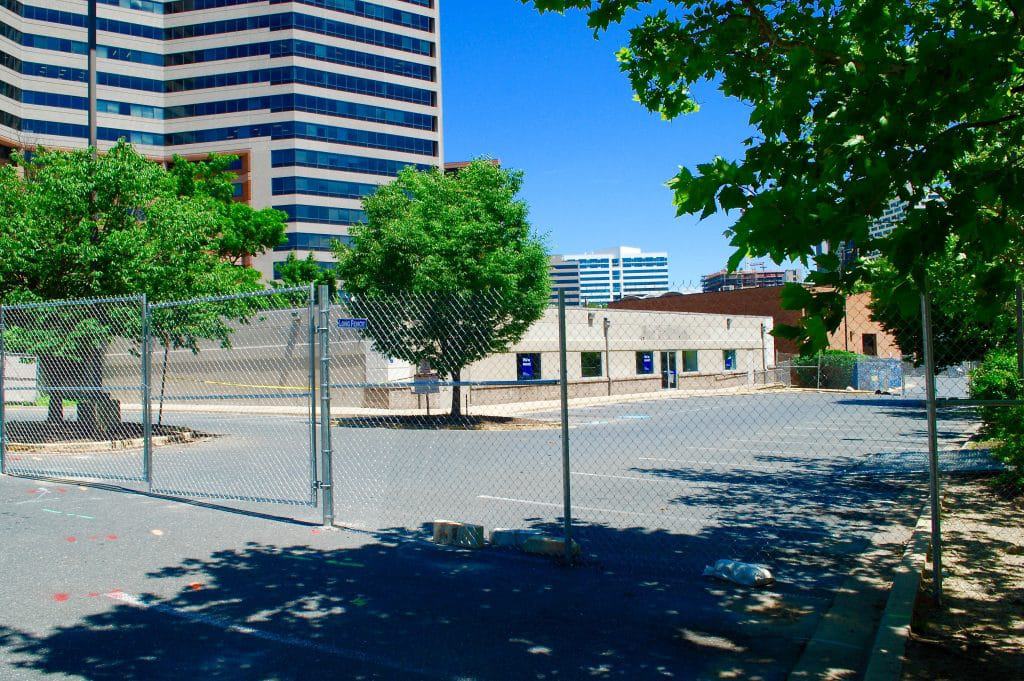 The lot at the former FedEx Office has been fenced off and the Rite Aid next door closed in anticipation of construction. Photo by Mike Diegel.

The Lyttonsville Place bridge between Brookville and Lyttonsville roads will be closed on Monday, June 18 for a six-month bridge replacement project, according to the Purple Line website.

The new bridge will be longer to accommodate the trains and the Capital Crescent Trail underneath it. There will be one lane for traffic in each direction, as well as drop-off lanes for Purple Line passengers and wider sidewalks on both sides of the new bridge, according to information from Purple Line NOW.

While the construction is underway, drivers will need to use the detours shown in the map below.

The bridge closure is one of the increasing amounts of visible evidence of Purple Line construction in the Silver Spring area.

On the same Monday, crews will close the parking lots of the Silver Spring International Middle School on Wayne Avenue to reconstruct the lots and create new school entrances.

Pedestrians will be able to get to the school during the construction, which will take place weekdays from 7 a.m. to 5 p.m. The lots should be reopened in time for the beginning of school in the fall.

In addition, workers have begun excavating the Plymouth Street tunnel that will connect Wayne Avenue with the Manchester Place station in Long Branch near Arliss Street.

Crews will be working on the .3-mile tunnel on weekdays, occasionally in 24-hour shifts, and noise from the underground job is not expected to be an issue.

Finally, crews have fenced off the parking lot of the former FedEx Office on East-West Highway in anticipation of Purple Line work; a power substation is planned for the area behind the buildings.

Customers can still park in the small lot next to Einstein Bros. Bagels and in the Rite Aid lot. However, the Rite Aid has closed, according to a staff member at the Adelphi branch. 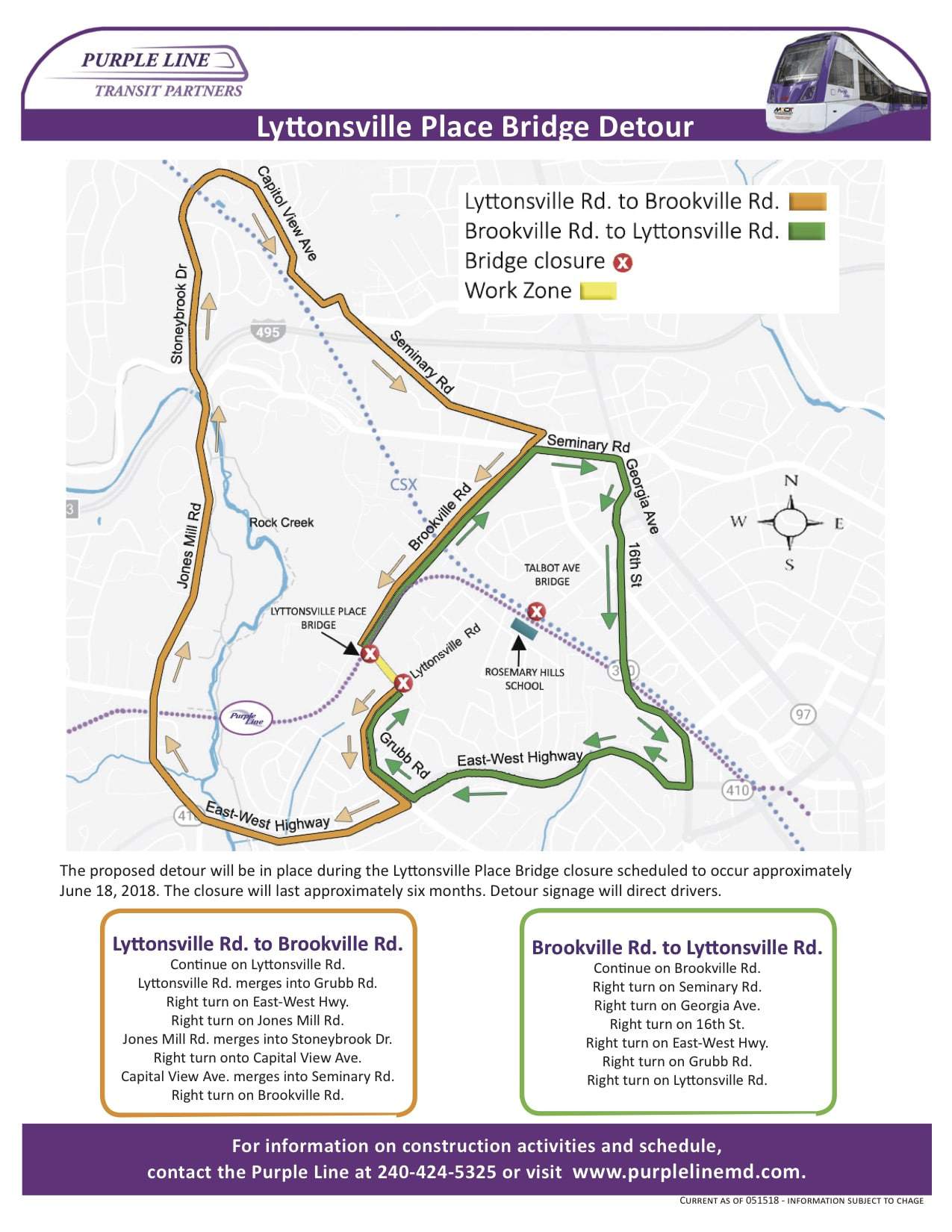