Smith chosen to be nominee for state senate for District 20 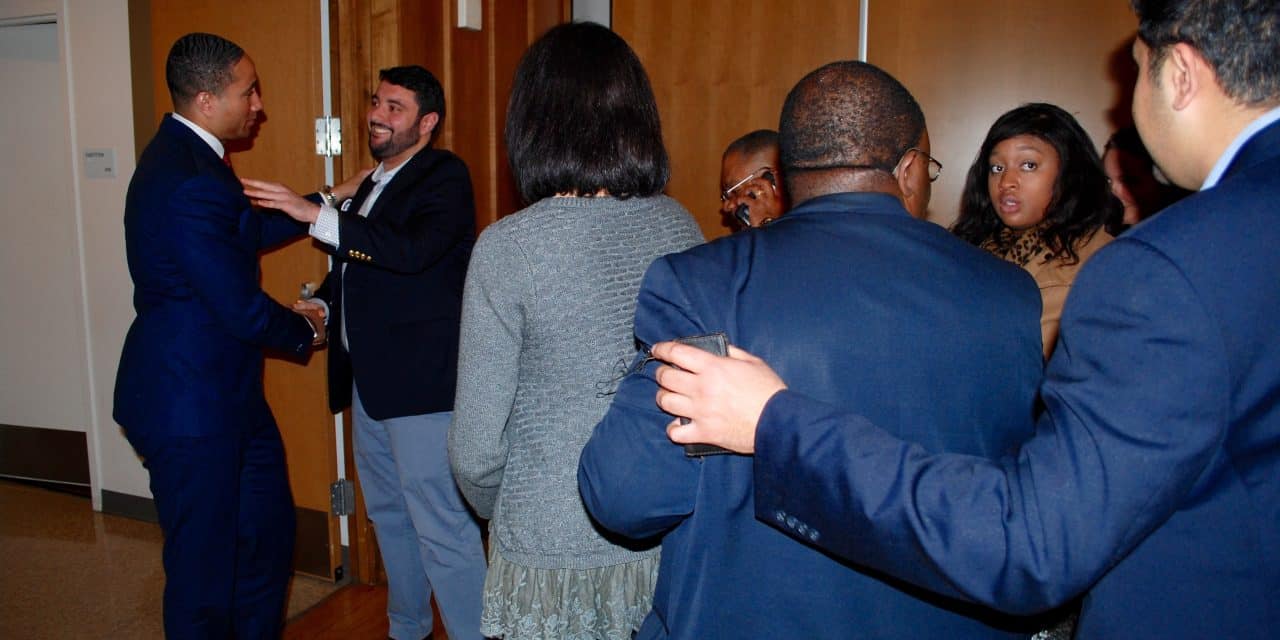 Del. Will Smith is greeted by supporters including members of the Montgomery County Democratic Central Committee who elected him as the nominee to the state Senate. Photo by Mike Diegel.

Smith, who resides in the Woodmoor neighborhood of Silver Spring, won on the first ballot by a vote of 19-8 (with one abstention), besting fellow freshman Del. David Moon. He will become the first African-American Maryland state senator from Montgomery County.

Three other candidates, Darian Unger, Scott Brown and Arthur Jackson (who applied but did not attend the meeting), received no votes.

Under the Maryland State Constitution, the MCDCC must submit Smith’s name to Gov. Larry Hogan. The governor makes the final appointment and is obliged to appoint someone from the same party as the previous officeholder.

The vote was held after each candidate made a five-minute presentation and answered a round of questions from MCDCC members.

“I’m tremendously honored, obviously, to have this opportunity to serve in this capacity,” Smith said after the meeting. “Being the first African-American, you start realizing that you’re first, but you definitely don’t want to be the last, and so there’s an obligation there to help other folks, other women and other people of color get involved in the political process and run and get in to the Senate as well.”

Smith, an attorney with a civil rights background, will go to work to find out his assignments and transferring bills from the House to the Senate.

“I’m serious about the Progressive Caucus,” he said, “and making sure that we are the center of progressive activity and pushing progressive policies for the state.”

Pointing out that almost one-third of the senators are new since 2014, he said, “There’s a tremendous opportunity to be impactful there for progressive policies and I’m looking forward to it.”

“The truth is, I love working in the House,” Moon said following the vote. “We’ve undertaken a huge effort to organize progressive lawmakers in the House, so I go back to that. There’s a ton of bills that we need to get done and really help set up the contrast for Hogan in 2018.”

There was a lot of confidence in both the delegates shown at the meeting.

“Probably in District 20 we had the two most qualified candidates for the seat,” said Del. Sheila Hixson, the senior member of the delegation and who originally won her seat via the same appointment process. “It was a win-win situation for District 20.”

The MCDCC now must go through the same appointment process to fill House seat being vacated by Smith. That selection is expected within a month.

“We’ve got a lot of great candidates,” Smith said without naming names, “all of them very, very qualified, all of them very passionate, all of them extremely different and so I think it’s going to be an interesting process.”

“We don’t know who’s running yet,” added Moon. “We’ve had a few people reach out to apply. I’m going to try to wait to see how the field shapes up because I think it would be premature to start commenting on the folks that are there now. That being said, there are some tremendously talented people in the mix.”

While no potential candidates for the open seat have contacted Hixson, she said “I would assume some of the party people will be stepping up.”

At least one person who attended the meeting was open about his intentions. The Rev. Jeffrey Thames, the president of Hope Restored! who ran for County Council in District 5 in 2014, told the Source of the Spring he was going to run for the open seat. 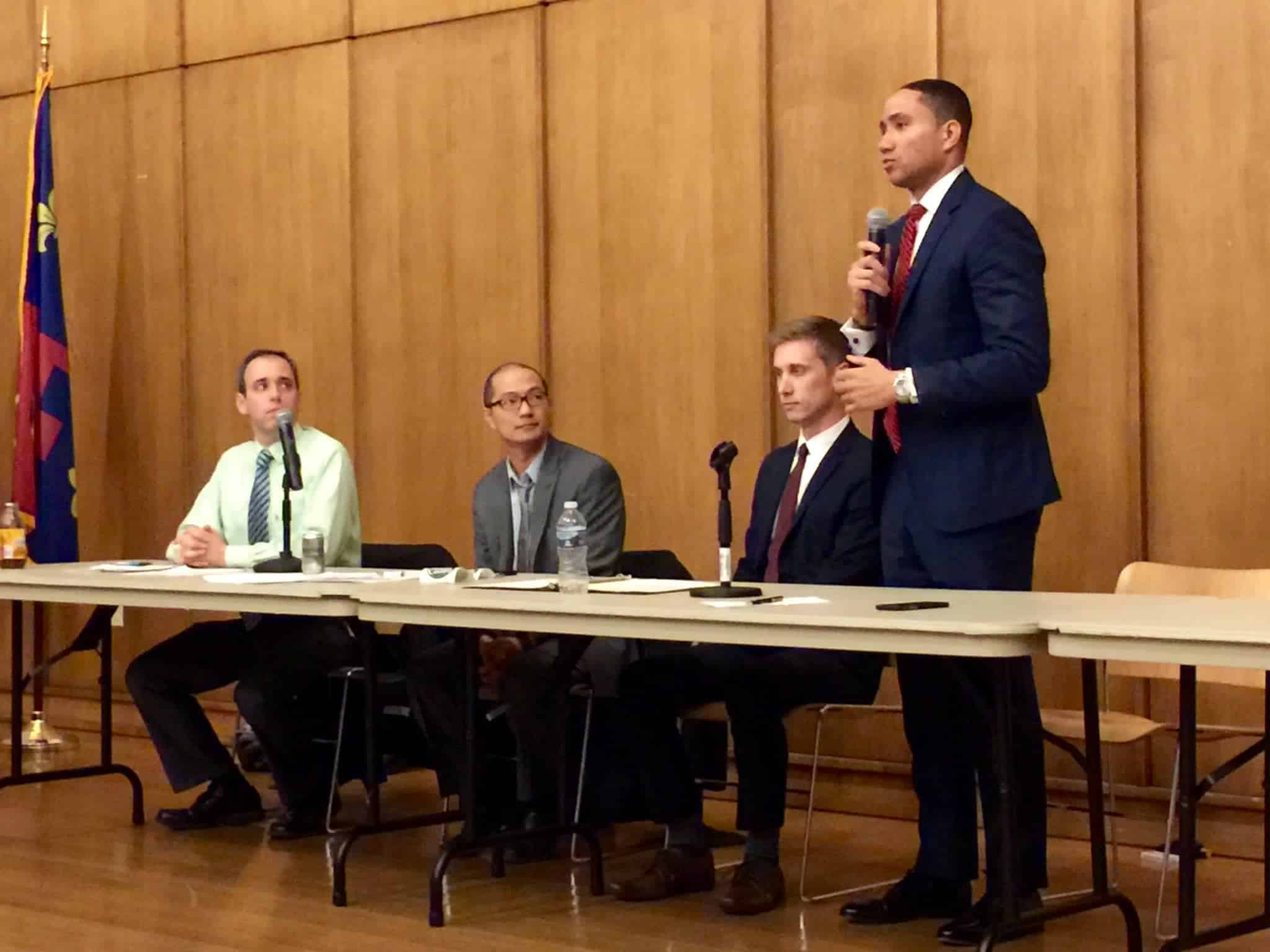 Del. Will Smith answers a question from amber of MCDCC during last night’s meeting. The other Senate candidates who attended are (from left) Darian Unger, fellow Del. David Moon and Scott Brown. Photo by Mike Diegel.