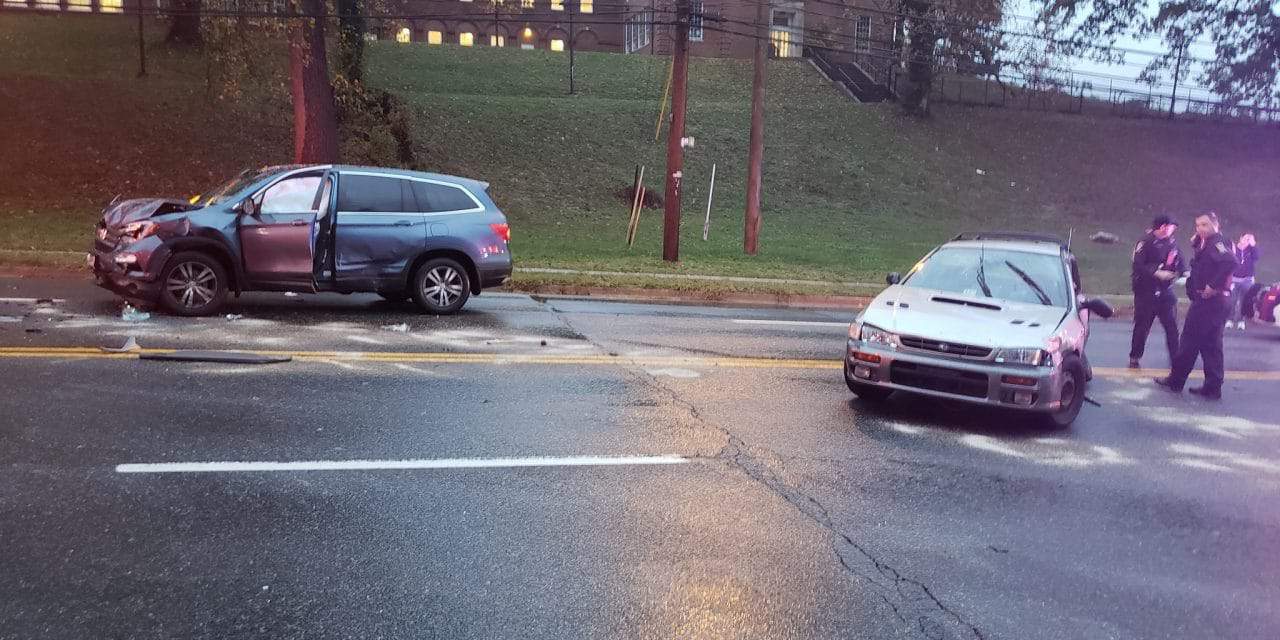 County police are investigating an incident that occurred on Wayne Avenue early this morning as an auto theft, according to a department press release.

Officers responded at about 7:18 this morning to a report of a vehicle collision in the 300 block of Wayne, in front of the Silver Spring International Middle School.

A 1999 Subaru Impreza SW and a 2016 Honda Pilot were involved in the accident, the department said.

Two people were seen fleeing from the Subaru, according the department’s Facebook page. A juvenile male was found in the car suffering from serious injuries and was taken to a local hospital.

“The initial assessment by Montgomery County Fire and Rescue Service indicated that the male’s injuries could have been the result of a shooting,” the release reported. “After a medical examination at a local hospital, it was determined that all injuries were as a result of the traffic collision.”

Four victims from the Pilot were also taken to the hospital with injuries that were not considered to be life threatening.

Detectives from the Central Auto Theft Section are asking anyone with information about the accident to call the department at 240.773.6370.