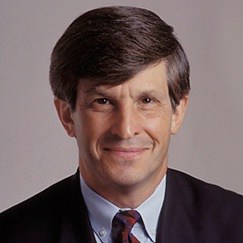 Professor Lichtman is the co-creator of a model (“Keys to the White House”) that predicts the outcome of US presidential elections. This model has been correct since 1984.

As the US presidential election grows near, pundits are making their predictions, but who is the best predictor of US presidential elections? Allan J. Lichtman, a distinguished professor of history at The American University and author of Predicting the Next President: The Keys to the White House(2016). The analytical model he created with Vladimir Keilis-Borok for predicting US presidential elections has not failed since its inception in 1984. Come to this virtual Meet-the-Author event and hear his prediction or come to ask questions stemming from any of his books. We have several in the MCPL print collection: The Embattled Vote in America: from the founding to the present (2018), The Case for Impeachment (2017), Predicting the next President: the keys to the White House (2016), FDR and the Jews (with Richard Breitman, 2013), and White Protestant Nation: the rise of the American conservative (2008). The Case for Impeachment, The Embattled Vote in America and FDR and the Jews are available digitally on Hoopla. The Case for Impeachment is also available digitally on the MCPL’s Overdrive.

Allan J. Lichtman received his PhD from Harvard University in 1973 with a specialty in modern American history and quantitative methods. He became an Assistant Professor of History at American University in 1973, a Full Professor in 1980, and a Distinguished Professor in 2011. He was the recipient of the Scholar/Teacher of the year award for 1992-93. He has published twelve books and several hundred popular and scholarly articles. He has lectured in the US and internationally and provided commentary for major US and foreign networks and leading newspapers and magazines across the world. He has been an expert witness in more than 90 civil and voting rights cases. His book, White Protestant Nation: The Rise of the American Conservative Movement was a finalist for the National Book Critics Circle Award in nonfiction.

The Silver Spring Library is hosting this event on Zoom.
https://mcpl.libnet.info/event/4365145