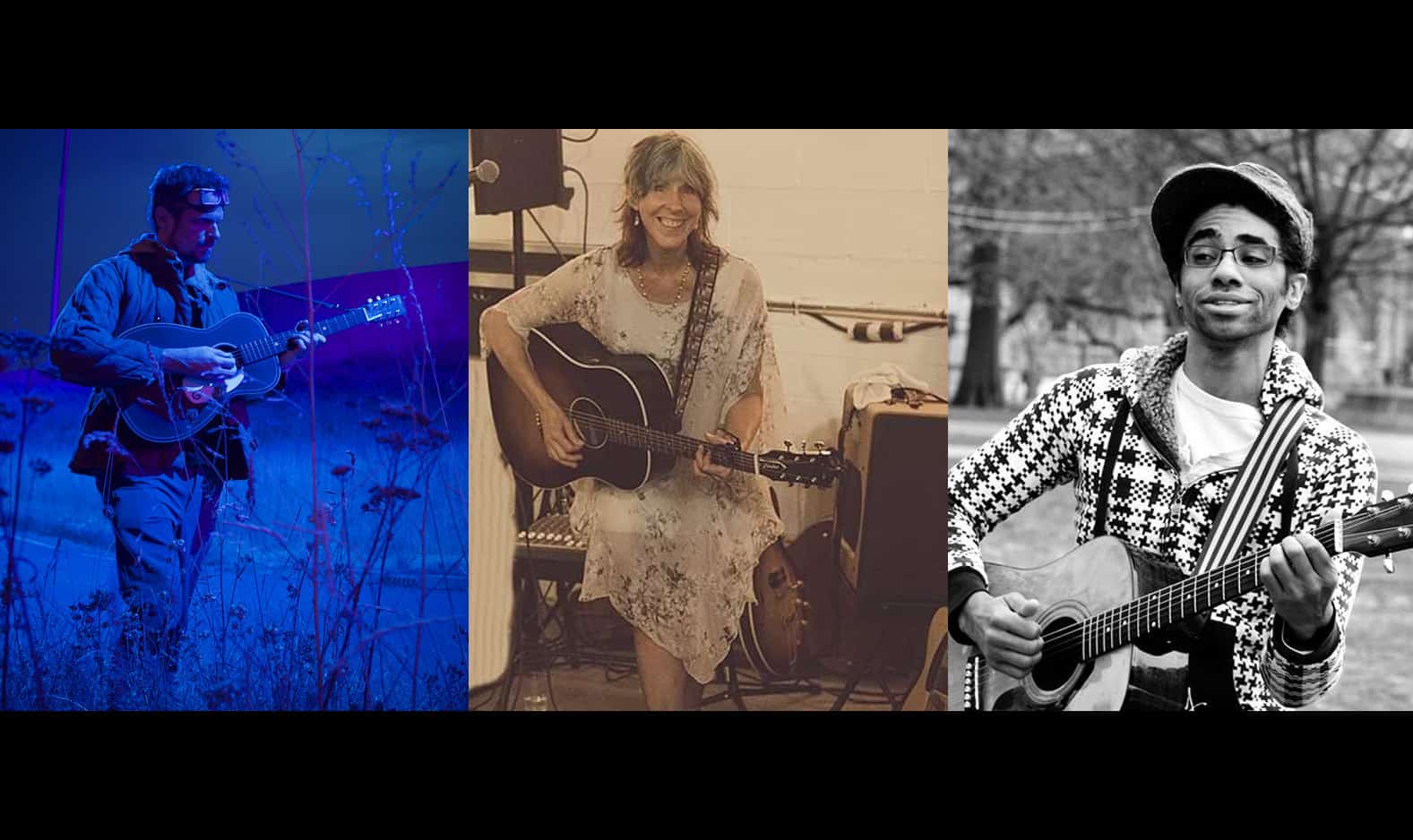 This week’s slate showcases a range of local singer-songwriters. The acoustic guitar is a constant, but each offers a unique voice, style, and perspective on the times. They will take turns performing in an alternating ‘song circle’ (song triangle?) format:

Silence Echoez (Joey Jenkins) is a DC-area artist whose tunes come in flavors from café ambient to protest anthem. His music and his message emphasize reflection and action, combining influences such as Citizen Cope and Dispatch with icons such as Train and Bob Marley. He has performed his original music at historic DC venues such as the Black Cat and the 930 Club and toured in the US and New Zealand.
https://www.facebook.com/SilenceEchoez/

Takoma Park indie-folk songwriter Annette Wasilik has been writing music ever since she found a Sears Silvertone abandoned in the family basement when she was 14. Her songs center on longing, love, loss, God, home, homesickness and hope. In April 2015, Annette released Songs from the Talking House and in 2016 it won Best Contemporary Folk Recording of the Year from the Washington Area Music Association. Her January 2020 release, Love & Fire, features the powerful ballad for our times “The World is on Fire”.
www.annettewasilik.com

In his brief solo acoustic career, Takoma Park’s Bill Crandall (ex-Dot Dash, Adam West, Modest Proposal) has developed an atmospheric, melodic mix of indie folk, psychedelia, pop, and rock. His debut album – recorded under the artist name Místochord – was New World Voyage, a concept album that imagines the first humans to leave Earth forever. His in-progress song cycle, The Forest and the Trees, is a ‘meanwhile back on Earth’ followup set in a climate-changing world. He is also the founder and host of Roadside Attractions and Viaduct arts salon.
https://bill-crandall.squarespace.com/work#/new-world-voyage/