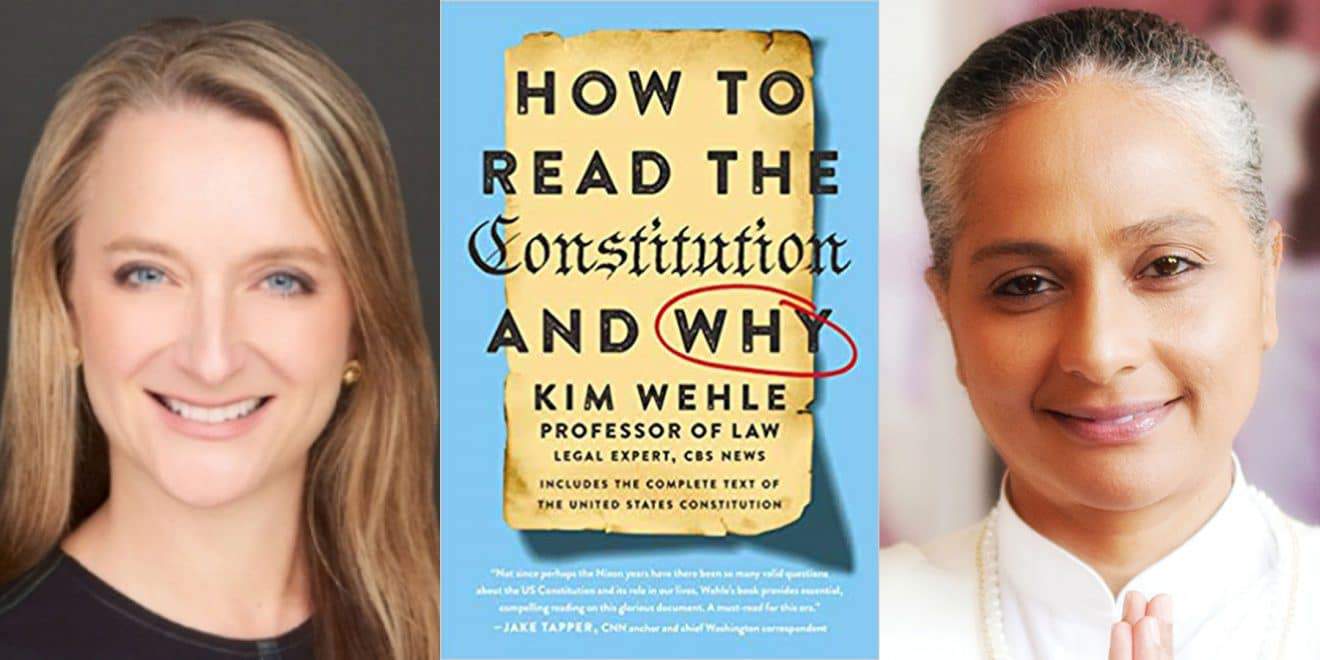 The Constitution is the most significant document in America. But do you fully understand what this valuable document means to you? Join us as legal expert and educator Kimberly Wehle spells out in clear, simple, and commonsense terms what is in the Constitution, and most importantly, what it means. She will discuss how the Constitution’s protections are eroding – not only in express terms but by virtue of the many legal and social norms that no longer shore up its legitimacy – and why it has never been more important than now for all Americans to know how our Constitution works – and why, it is important that we maintain its protections.
Sister Jenna will interview Kim and will invite the audience for Questions and Answers. The Talk will be followed by a book signing with Kimberly Wehle. Not to be Missed!
Kim Wehle is an author, lawyer, media commentator, and tenured Professor of Law at the University of Baltimore School of Law. She was an Associate Independent Counsel in the Whitewater Investigation under Kenneth Starr and an Assistant U.S. Attorney in Washington, D.C. She has been teaching and writing about separation of powers doctrine in academic journals for over 10 years. Currently, she is a legal analyst for CBS News and the BBC. She has also appeared on CNN, MSNBC, PBS NewsHour and Fox News. Kim graduated with a B.A. in English from Cornell University, magna cum laude, and received her J.D. from the University of Michigan, cum laude. She clerked for a U.S. District Court judge in Washington, D.C., and has practiced law – in addition to teaching – for over 25 years, including in the U.S. Supreme Court.
Sister Dr. Jenna . She serves as one of the Evolutionary Leaders in service to conscious evolution and was selected by Empower a Billion Women 2020 as one of 100 Most Influential Leaders of 2015. She is an Advisory Team Member of the Million Mamas Movement, Conscious Good Media and Global Women’s Network.
Sister Dr. Jenna also served as a principal partner with the Oprah Winfrey Network and Values Partnerships on the Belief Team, a community of individuals from diverse spiritual, cultural and faith backgrounds.
Thursday, September 26, 6:30 PM – 8:30 PM. Meditation Museum, 9525 Georgia Avenue, Silver Spring, MD. Free event – Contributions Appreciated. RSVP at https://bit.ly/2m0ZkiG.