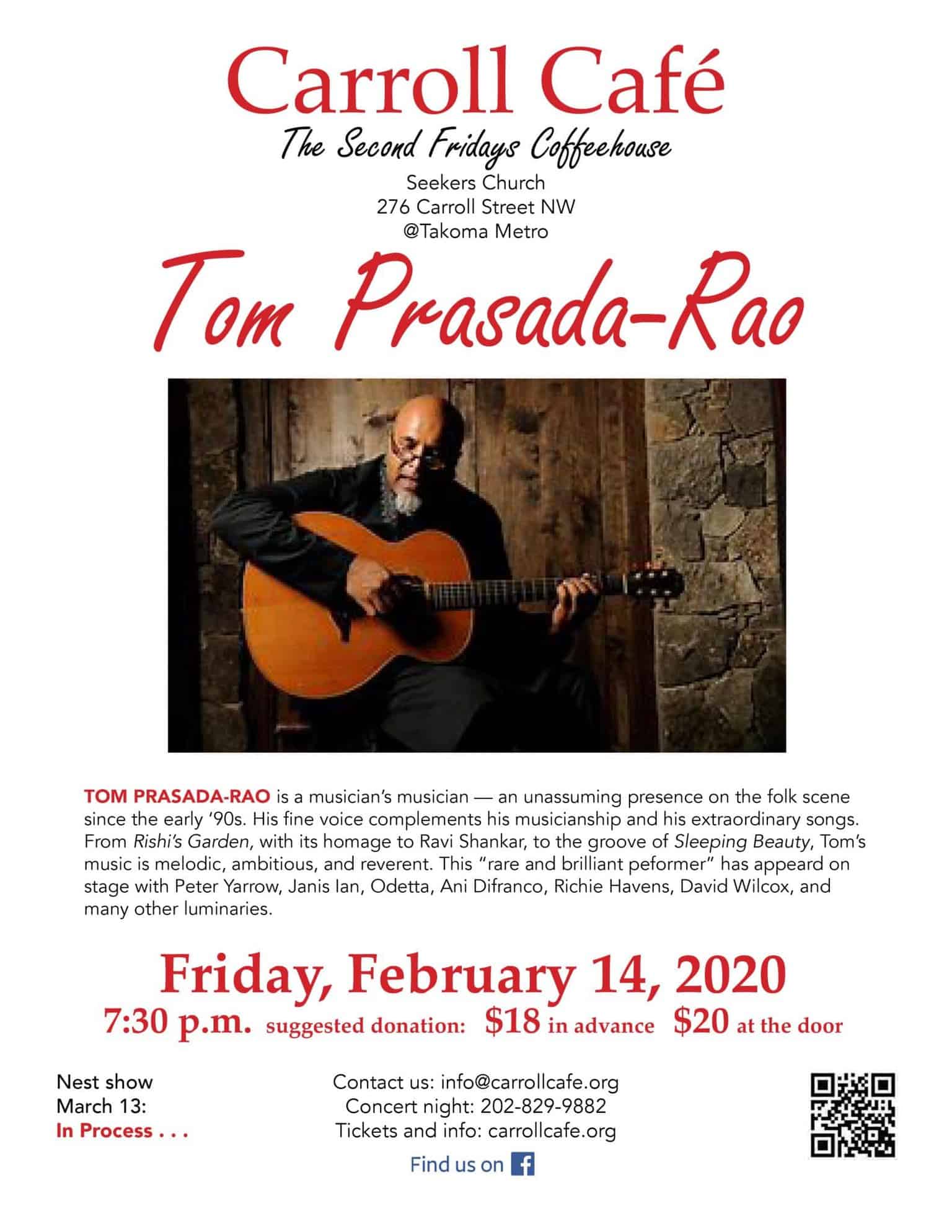 TOM PRASADA-RAO is a musician’s musician — an unassuming presence on the folk scene since the early ‘90s. His voice complements his musicianship and his extraordinary songs. From Rishi’s Garden, with its homage to Ravi Shankar, to the groove of Sleeping Beauty, Tom’s music is melodic, ambitious, and reverent. In addition to being a sought-after producer, Tom has performed with Janis Ian, Peter Yarrow, Michael Hedges, Ani Difranco, Odetta, David Wilcox, and Richie Havens and been featured on the nationally syndicated TV show Troubadour Texas. David Wilcox calls him “a rare and brilliant performer [whose] fine voice and thrilling guitar work hold you spellbound while he heals your heart.”