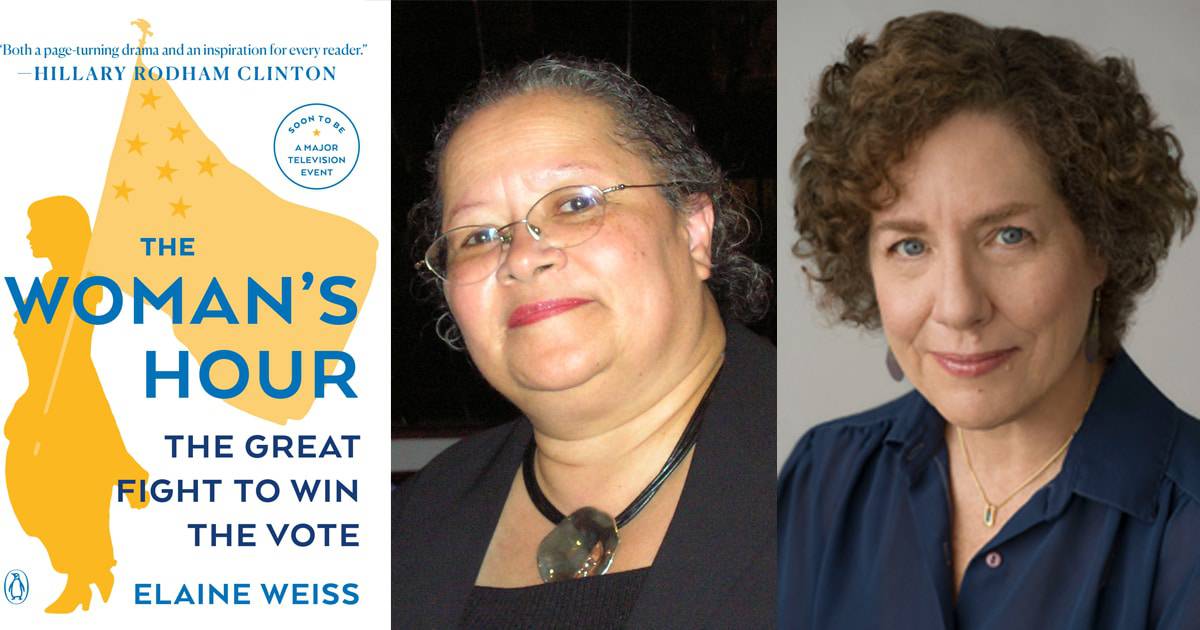 Please join Montgomery College President DeRionne P. Pollard for a dialogue with author Elaine Weiss and historian Dr. Elsa Barkley Brown, to mark the anniversary of the women’s right to vote. The 19th Amendment to the U.S. Constitution granted American women the legal right to vote in 1920. The fight pitted women’s groups against one another; clashed with powerful political dynasties that sought their own survival over women’s full citizenship; and intersected with painful racial legacies that denied women of color full citizenship.

Free copies of the book will be available to the first 150 students who attend.

Elaine Weiss is a Baltimore-based journalist, whose new book, The Woman’s Hour: The Great Fight to Win the Vote, has won critical acclaim from the New York Times, Wall Street Journal, and The New Yorker. Steven Spielberg’s Amblin production company has optioned the book for adaptation. Ms. Weiss’ magazine feature writing has been recognized with prizes from the Society of Professional Journalists, and her by-line has appeared in The Atlantic, Harper’s, New York Times, Boston Globe, Philadelphia Inquirer, and reports for documentaries for National Public Radio and Voice of America.

The 2019–2020 Presidential Dialogue Series theme is “Through the Lens of Difference: Re-Narrating the Nation.” For information, call the Office of the President at 240-567-5267 or visit montgomerycollege.edu/dialogues.
To request accommodations, please email [email protected] or call 240-567-5412 at least two weeks in advance of the event.
Attendance at one or more of these events meets mulitcultural and diversity training criteria for Montgomery College employees.