Building at 900 Spring Not Historic, Planning Board Decides 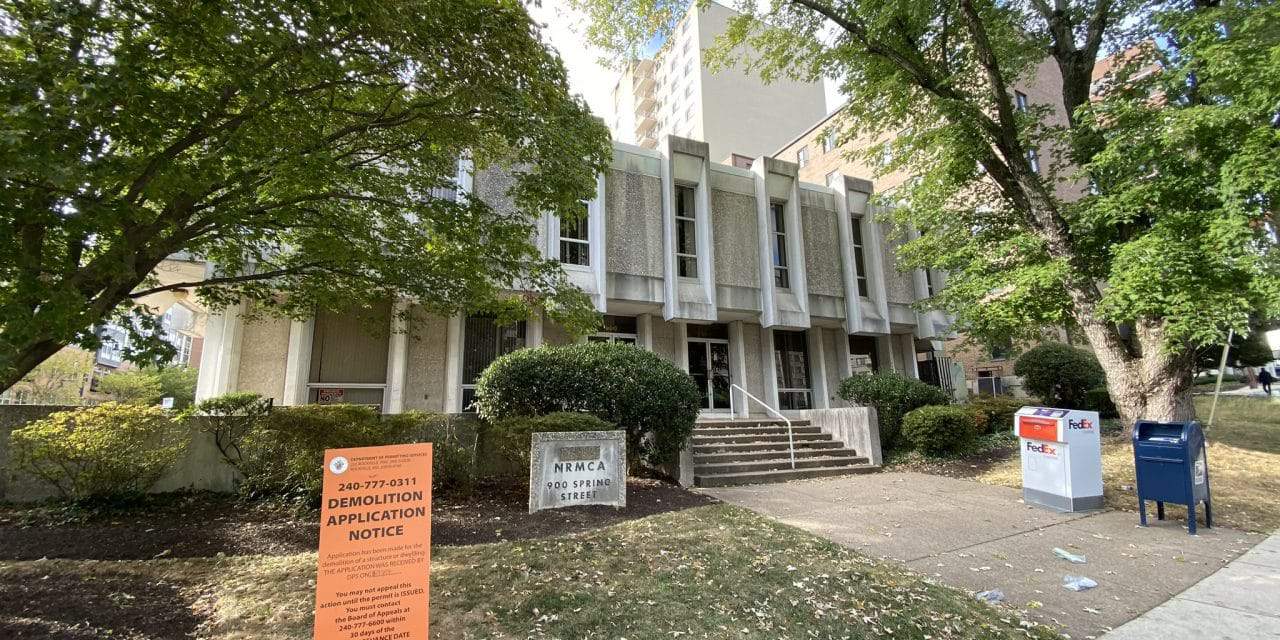 The Planning Board yesterday declined to place a building at 900 Spring St. on the Locational Atlas and List of Historic Sites.

The 5-0 vote rejected a staff recommendation to list the former headquarters of the National Sand & Gravel Association and National Ready Mixed Concrete Association, which opened in 1964.

Brutalist buildings are typically massive, monolithic and blocky in appearance, with a rigid geometric style and large-scale use of poured concrete. One of the better-known examples in this area is the FBI headquarters on Pennsylvania Avenue in Washington, D.C.

The Silver Spring Historical Society requested that the building be considered for listing in the atlas in May 2019. The HPC held a work session and public hearing in September. Montgomery Preservation Inc., the Art Deco Society of Washington, D.C., and the Historical Society, among other groups, supported listing the building on the atlas. The HPC then unanimously recommended the designation.

The NRMCA, which owns the building and vacated it this year (NSGA left in 1999), opposed the designation and applied for a demolition permit.

“[The permit] was pending, waiting the outcome of this hearing,” Ballo said. “Because it is not being designated as historic, the building will be demolished.”

There is no appeal to the Planning Board’s decision, she said

The property was listed for sale in 2016. The NRMCA noted in its letter to the HPC that it has a contract with a purchaser that intends to redevelop the property with a senior housing facility.