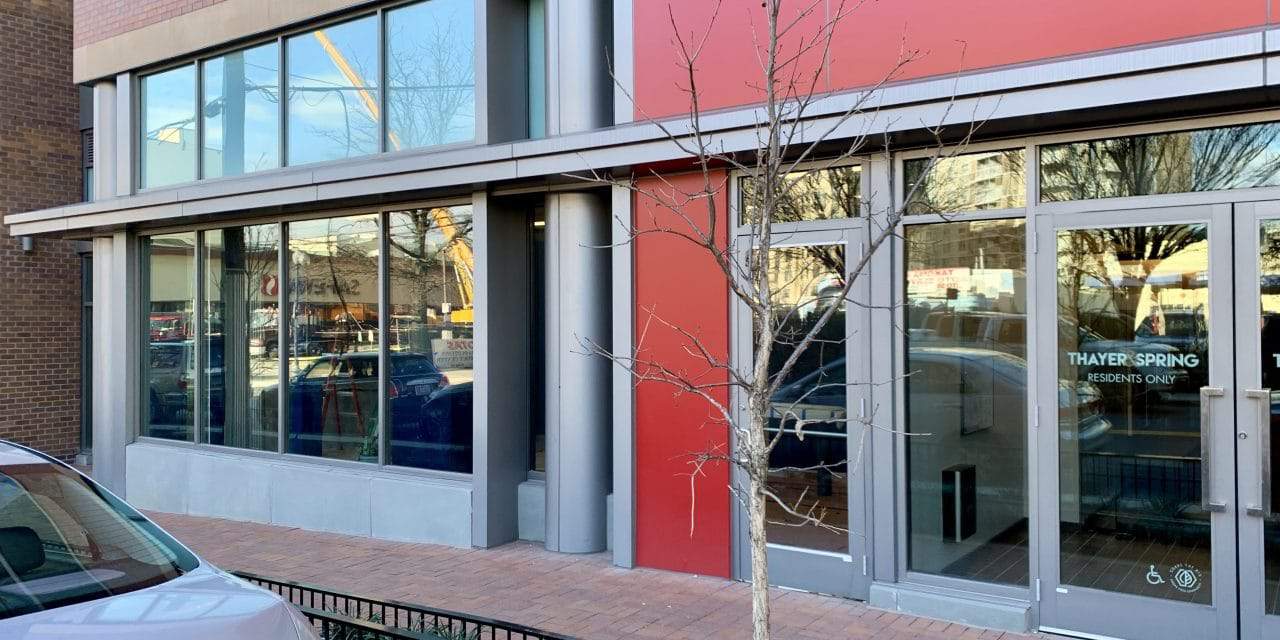 The relocation and opening of the Silver Spring Main Post Office has been postponed, according to a USPS announcement.

The office was scheduled to move from its temporary location this weekend and open in its new permanent location at 940 Thayer Ave., Suite 100 on Monday, Jan. 13.

The USPS did not give a reason for the postponement and has not announced a new date for the move. Until then, customers can continue to visit the post office on the ground floor of the Silver Spring Library at 900 Wayne Ave.

The post office was scheduled to move to this location. Photo by Mike Diegel

This site uses Akismet to reduce spam. Learn how your comment data is processed.