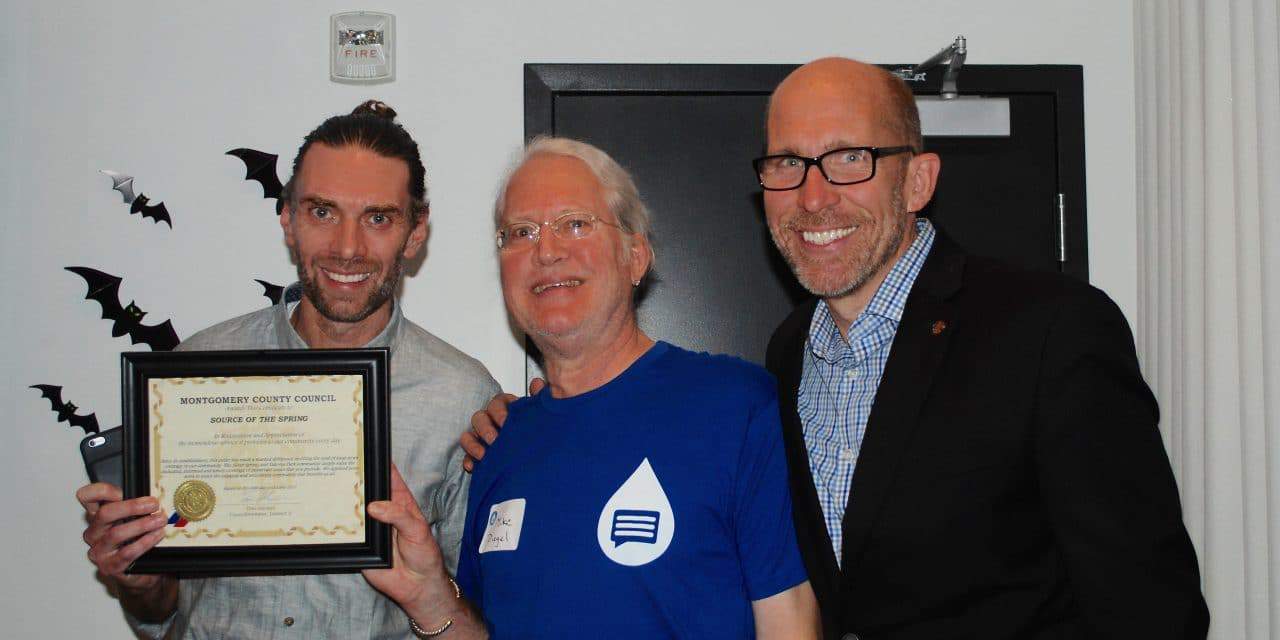 About 40 readers and friends joined the Source of the Spring staff at All Set Restaurant & Bar last night for a party celebrating the one-year anniversary of the online publication.

During the event, Councilmember Tom Hucker (D-District 5) presented a certificate of appreciation on behalf of the County Council and provided written comments.

“Since [Mike Diegel and Mike Mowery] launched Source of the Spring one year ago, the online publication has been an informative, go-to source for all things Silver Spring and Takoma Park,” Hucker’s statement read. “Having a solid source of local news like Source of the Spring is key to having a vibrant, cohesive community that’s livable and attractive for families, kids, businesses, workers and shoppers.

“Source of the Spring is a testament to Mike and Mike’s civic mindedness and dedication to our community. You can tell it’s a real labor of love for them. So let’s hope their labors continue for years to come and this anniversary is the first of many,” Hucker concluded.

Cofounder Mowery gave a short presentation that included results from a new reader survey that, among other things, showed that 89 percent of Source readers live in Silver Spring.

Other highlights from the survey include:

Mowery also unveiled the top five most read stories over the past year:

Mowery also thanked the attendees for their support over the past year, emphasizing that without it, the Source wouldn’t be where it is today. He also shared ways readers can continue to back the venture: 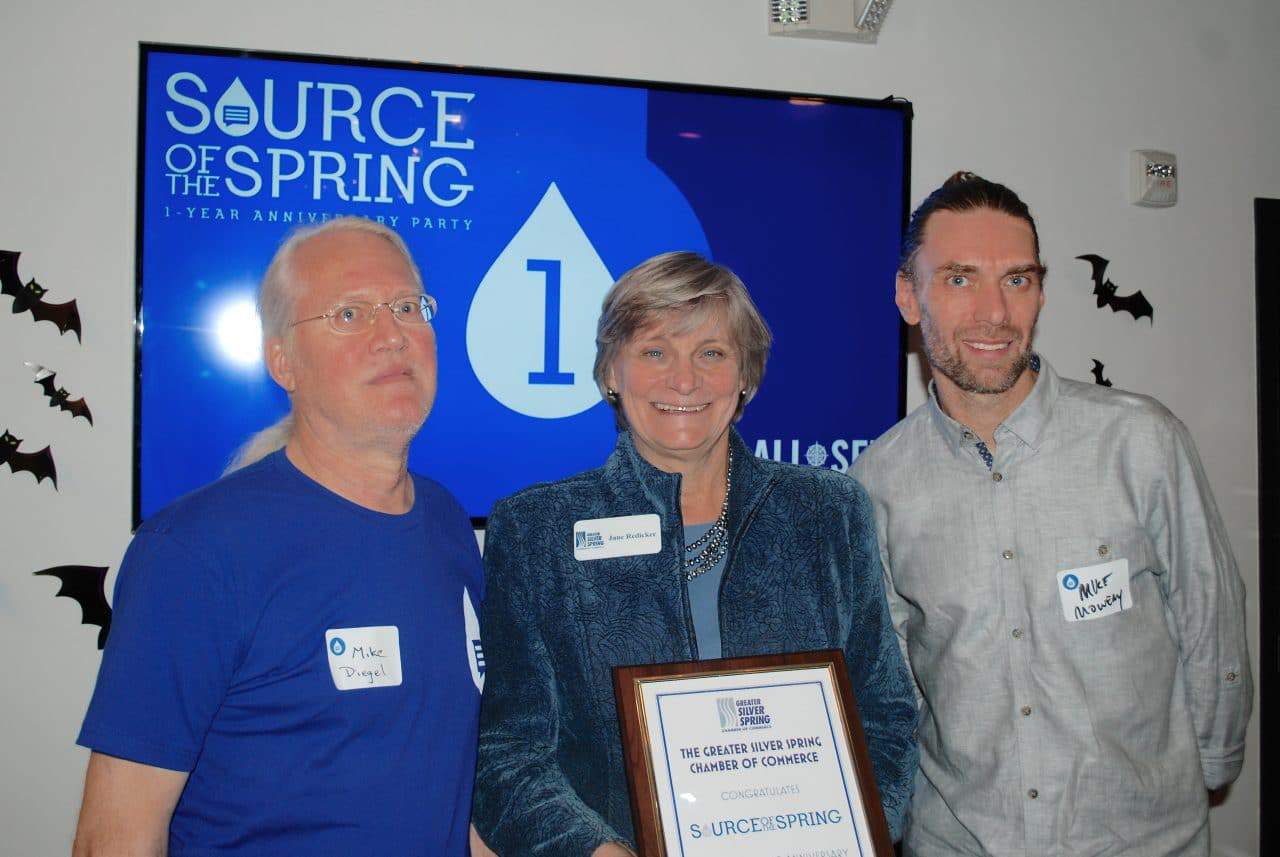 Del. David Moon presented a citation to the cofounders. Photo by Trish Rimo. 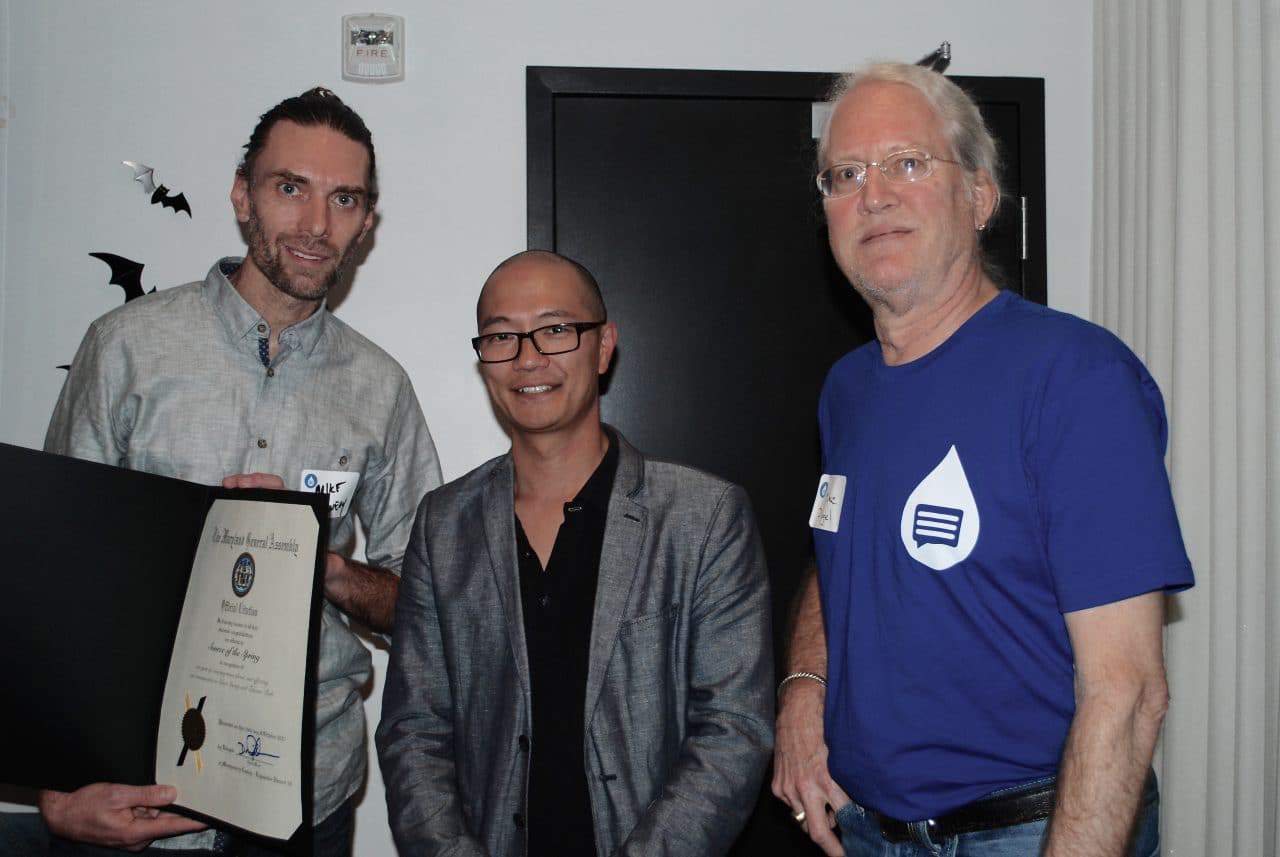