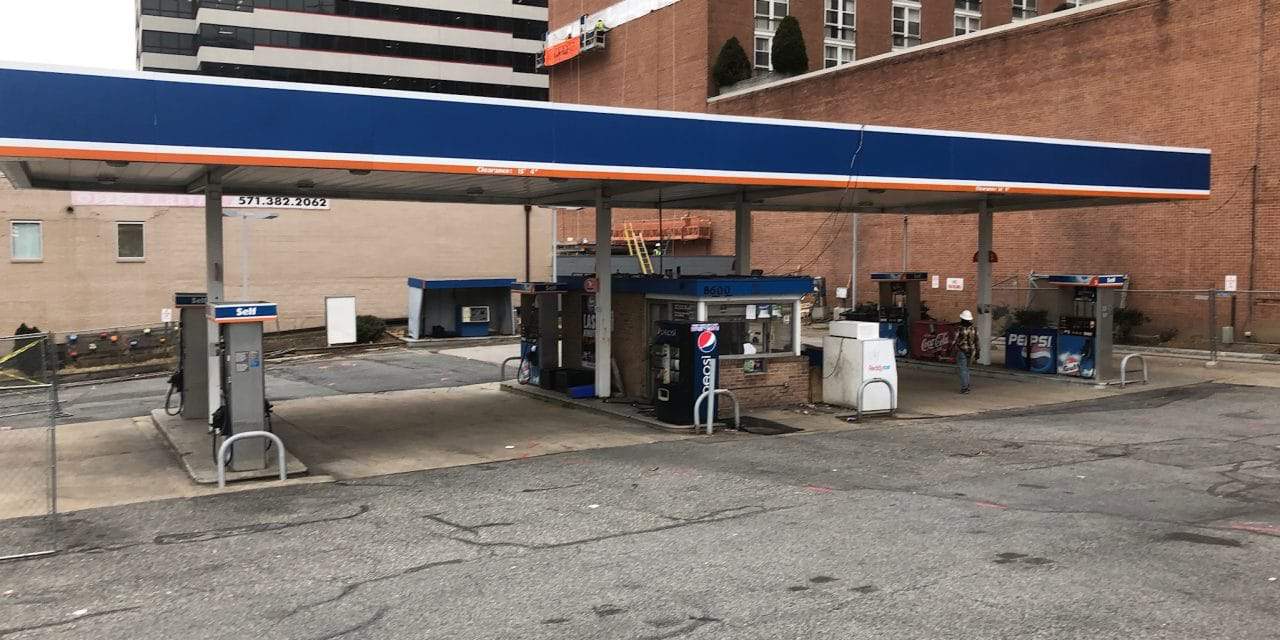 The gas station at the corner of Georgia Avenue and Colesville Road closed last week in preparation for construction of a new Residence Inn.

The final site plans were approved in December, according to Timothy Eden, managing director of Starr Capital LLC. The company is overseeing the project for a partnership of investors who will own the building.

“We’re hoping to break ground in the second quarter of this year,” he said.

The approved plans include a 173-room hotel that will stand 145 feet tall. It will include about 4,200 square feet of ground-level retail, about 5,000 square feet of meeting space, dining, and 28 below-grade parking spaces.

A Residence Inn is an extended-stay property, which “caters to people that are typically staying for more than two nights,” Eden said. “They appreciate the extra space.

“[Units are] essentially studios and one-bedroom apartments with full kitchens,” he continued, “so they tend to work for individuals or groups that are staying there for more than two nights that need the extra space, for example, a group that might come in for training Monday through Thursday.

“They might grab some groceries when they come in, so they don’t have to go out all the time,” he added. “It’s one of Marriott’s more popular brands.”

While a primary audience is business groups, who could use the meeting space for conferences or other uses, Eden said, “[A Residence Inn is] also well positioned for weekend tourist travel and families. For example, [for] groups coming in on the weekends for sporting events, tournaments, or other group business like that that’s on the weekends, it’s popular.”

Though losing what’s left of the Discovery workforce isn’t ideal, Eden said he is confident the hotel will be a good choice to serve any tenant, or tenants, that occupy the building.

“The Silver Spring hotel sector is old, aging,” he said. “The last hotel that was built in Silver Spring was the Courtyard [by Marriott], and that was 10 years ago.

“We feel like the area needs new, state-of-the-art properties and hotel rooms,” Eden continued. “It will benefit the community by helping to attract or retain employers that are there. We feel as though there will be plenty of demand for our product at that location.”

Eden noted the increase in recent years of employment in Silver Spring, citing United Therapeutics as the best example. In addition, the number of new apartments built or in the pipeline helps to attract and retain employers, as well as adding customers for local businesses.

“We’re very bullish on this submarket, and we feel like it could benefit from some additional, modern hospitality rooms,” he said.

Eden noted that the planned construction schedule is for 19 months, which would put the hotel opening in the first quarter of 2021.

In the meantime, the Bonjour Waffles food truck that had been parked at the gas station is looking for a new location, according to owner Irene Kinyoki-Adjeb.