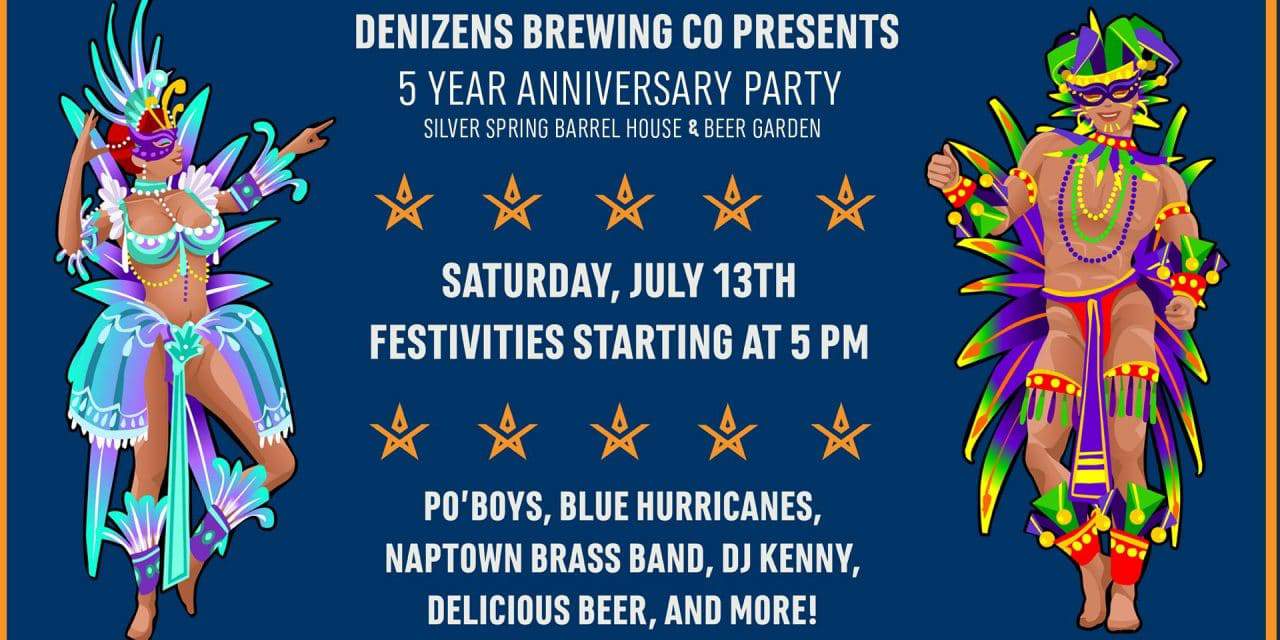 “Most small businesses don’t last five years,” said Julie Verratti, founder and chief brand officer. “And the longer you’re in business, your chances of succeeding tend to go up a little bit, so it feels really good to hit this milestone.

“It’s been an incredible tremendous experience for us,” she continued, including founders Emily Bruno (chief administrative officer) and Jeff Ramirez (chief beer officer). “The community around Silver Spring has been so incredibly welcoming and supportive. . .to be able to build a business like this in Silver Spring is absolutely an incredible feeling, and I am so grateful for all of the support from our customers and our employees, and just the community as a whole.”

While not required, anniversary party attendees are being encouraged to wear their best Mardi Gras-style outfits.

The brewery will feature po’boys and blue hurricanes in addition to the regular menu. Entertainment includes:

There will be a bead contest and other opportunities to win prizes that include free beer.

There is no charge to attend the party, which will run from 5-11 p.m. at the Silver Spring Barrel House + Beer Garden, 1115 East-West Highway.

Denizens recently built on its success by opening its second location in Riverdale Park.

“You’ve got to make a quality product for sure [and] you’ve got to create quality experiences for your customers,” Verratti said about crafting a viable, thriving business.

“It’s one thing for somebody to come by once, but if they don’t have a positive experience, they’re not going to come back,” she added.

She gives the staff a lot of credit for that as well.

“We’ve got people who’ve been with us almost the entire five years that we’ve been open,” Verratti said. “They work hard every single day.

“Emily, Jeff and I are absolutely owner-operators, so we’re working seven days a week, putting in the effort, but there’s only three of us, “ she continued. “If we didn’t have our amazing staff, we wouldn’t be where we’re at today.”